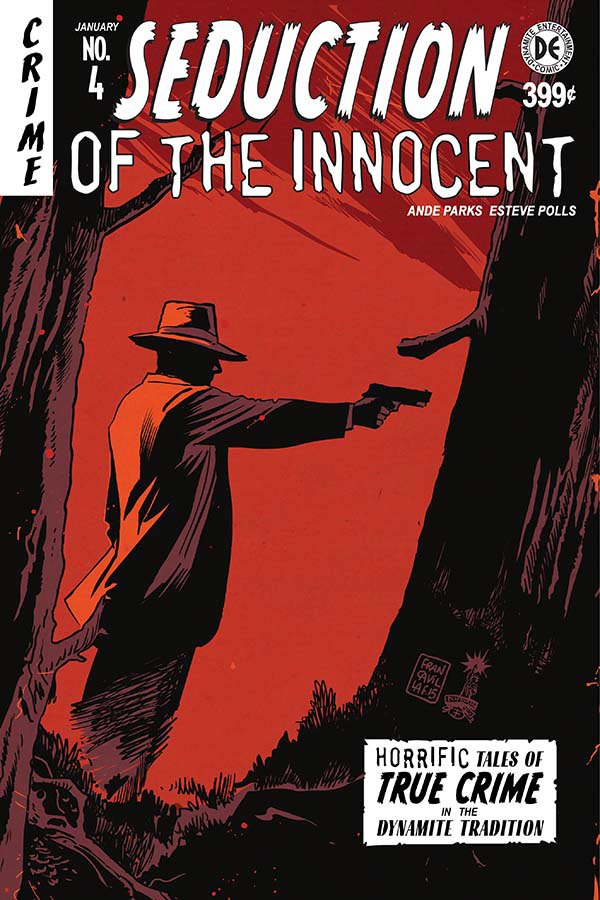 JAN161376
(W) Ande Parks (A) Esteve Polls (CA) Francesco Francavilla
In his first week on the job, FBI Agent Thomas Jennings has seen enough horror to threaten his faith, and perhaps his sanity. Now he stands alone - the last line of defense against a madman intent on the murder of two innocent children, and on the destruction of a city. It's crime storytelling in the tradition of the comics that made Dr. Fredric Wertham froth at the mouth. From the acclaimed team that brought you The Lone Ranger, a final issue that delivers a punch in the gut that won't soon be forgotten.
In Shops: Mar 02, 2016
SRP: $3.99
View All Items In This Series