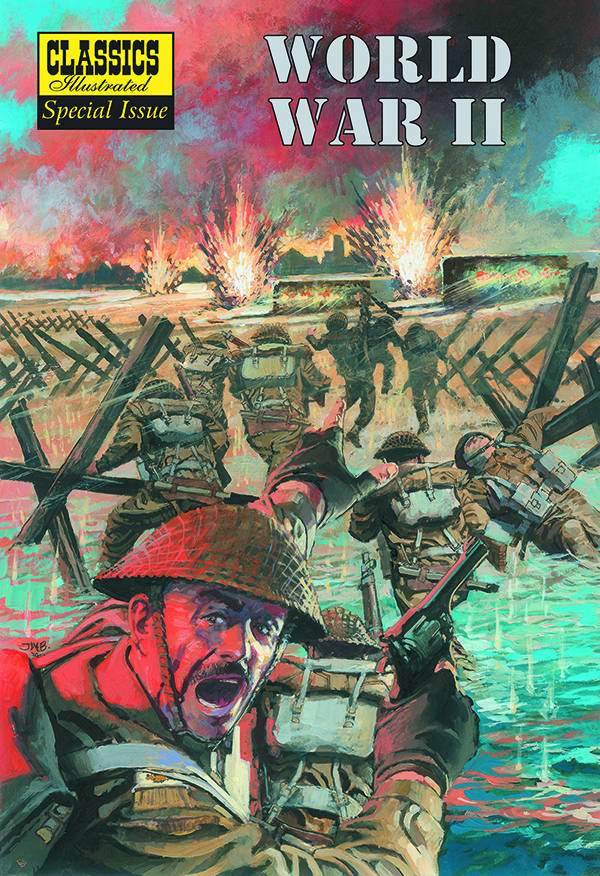 JAN161306
(W) John Burns (A) Angelo Torres, George Evans, Norman Nodel (CA) John Burns
To mark the 70th Anniversary of the D-Day landings, Classic Comic Store's special issue of Classics Illustrated tells the astonishing and horrifying story of the Second World War in comic-strip format. Classics Illustrated traces the chronology of the most costly war in human history from its outbreak to its conclusion, with over 60 million dead, trials for crimes against humanity and a new, terrifying threat over the world: the atomic bomb! All major events in the war are covered.
In Shops: Mar 02, 2016
SRP: $19.95
ORDER WISH LIST