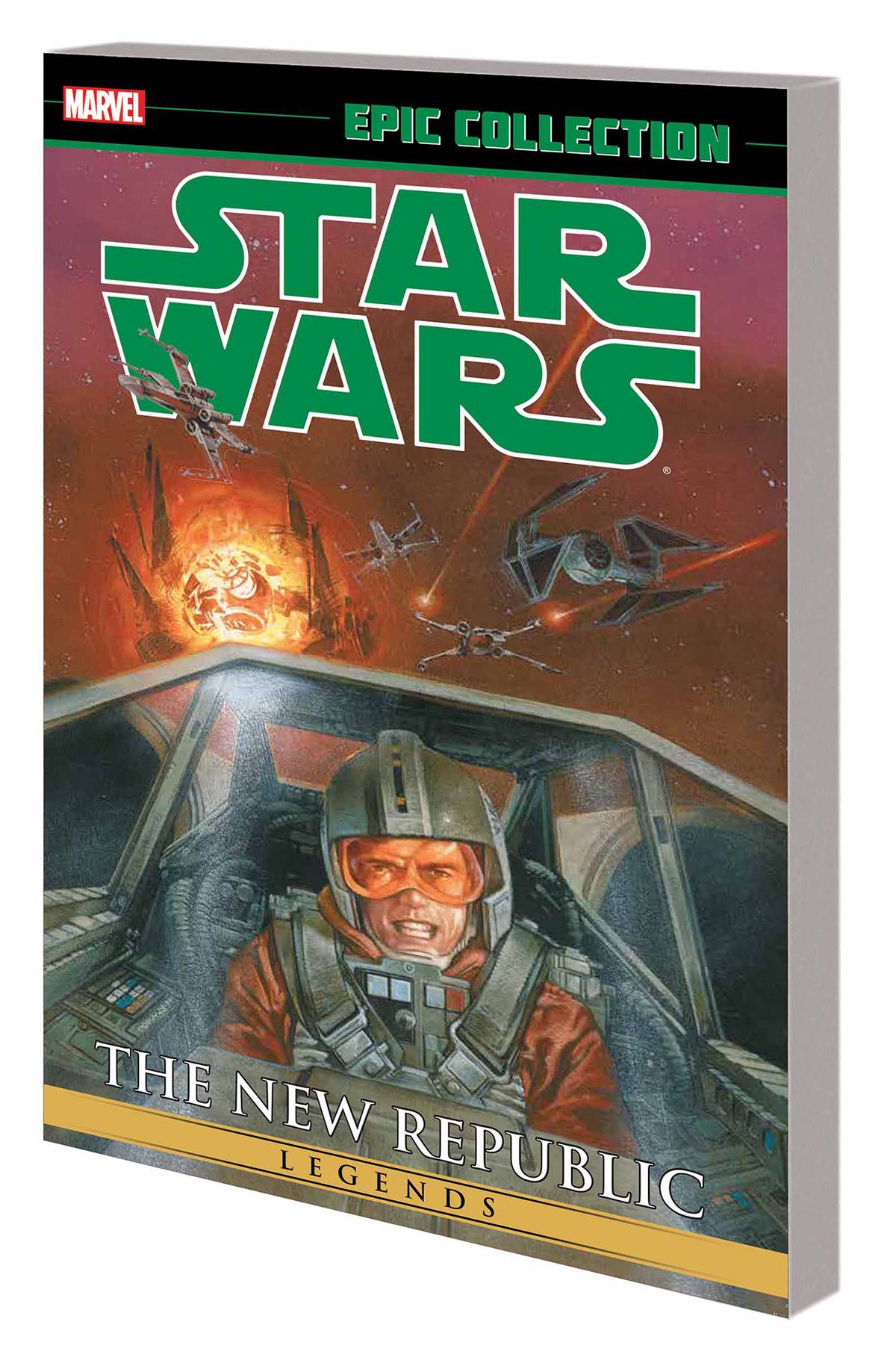 #
JAN160961
(W) Various (A) Various (CA) TBD
Defenders of the New Republic! Wedge Antilles and his fellow starfighters are the heroes of the Battle of Endor. Now, they protect the New Republic as the crack team of ace pilots known far and wide as the Rogue Squadron! And with remnants of the Empire seeking vengeance across the galaxy, the team is never short of high-flying X-wing action. Imperial terrorists target Wedge's home planet! The Cilpari are no friends to the Empire - but they don't like the Rebel Alliance either! Jabba the Hutt left a deadly legacy: a cache of stolen Imperial weapons hidden on Tatooine that must be kept out of enemy hands! And one of Rogue Squadron is...a princess?! Collecting STAR WARS: X-WING ROGUE LEADER #1-3, STAR WARS: X-WING ROGUE SQUADRON #1-16 and SPECIAL #1, and material from STAR WARS TALES #12 and #23.
Rated T
In Shops: Mar 23, 2016
SRP: $39.99
View All Items In This Series
ORDER WISH LIST