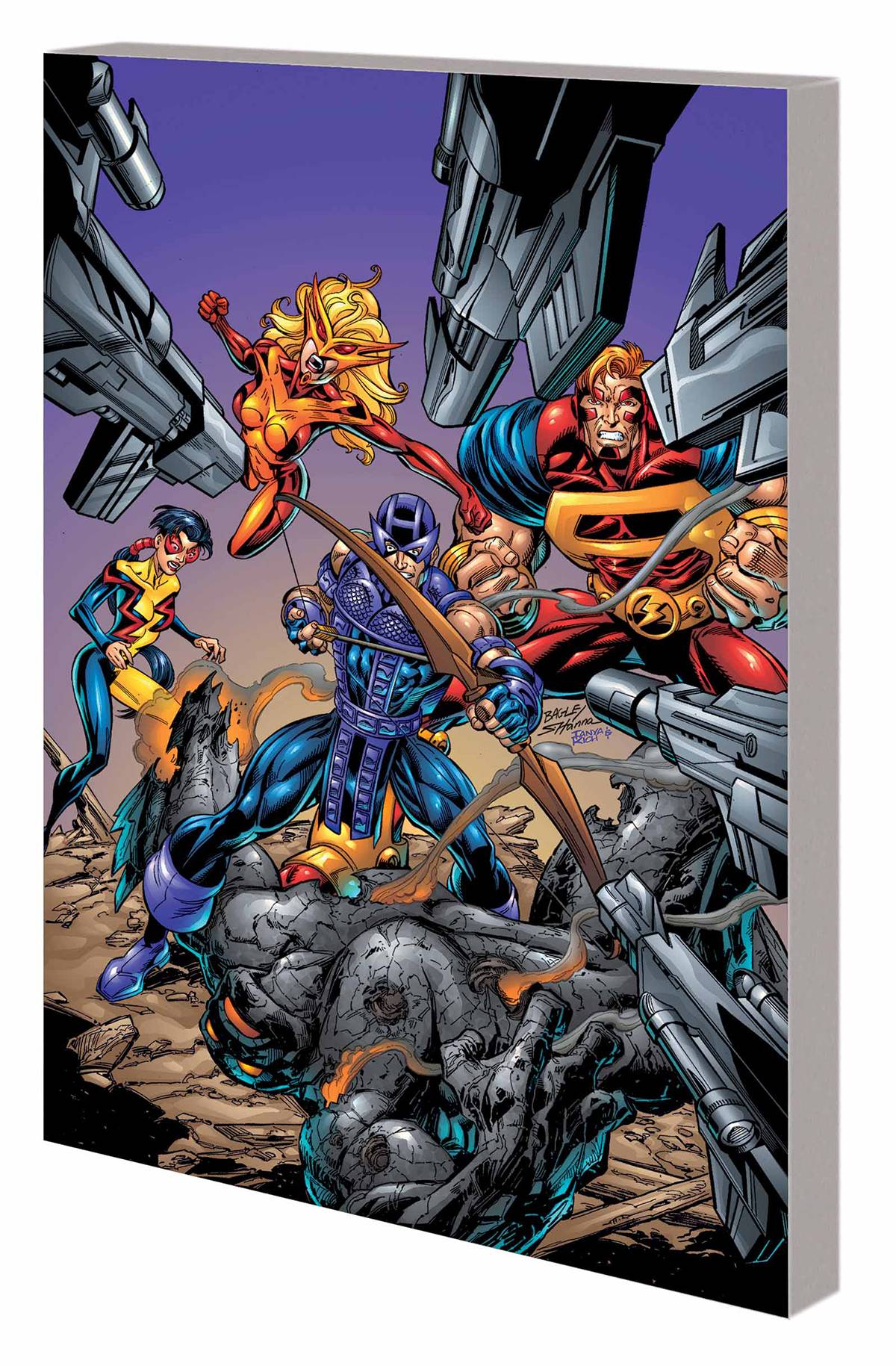 #
JAN160956
(W) Various (A) Various (CA) TBD
Heeeeere's Hawkeye! Your favorite ex-bad guys are determined to break good now that the ultimate reformed criminal is here to usher them into the big leagues of hero-dom - the Avenging Archer himself, Clint Barton! But can the Thunderbolts' new leader fend off the old one, Citizen V? Or the Crimson Cowl and her new Masters of Evil? And just who is it under that white mask and that red hood now, anyway? Mach-1 makes a sacrifice, then takes his tech to the next level, while things gets heavy with Graviton. Will Archangel join the team to lift the mood? Hawkeye will lead the T-Bolts into hell and back for a fallen Avenger - but when Clint locks lips with Moonstone, there's only one word for it: Uh-oh! Collecting THUNDERBOLTS (1997) #23-37, THUNDERBOLTS ANNUAL 2000 and AVENGERS ANNUAL 2000.
Rated T
In Shops: Apr 20, 2016
SRP: $39.99
View All Items In This Series
ORDER WISH LIST