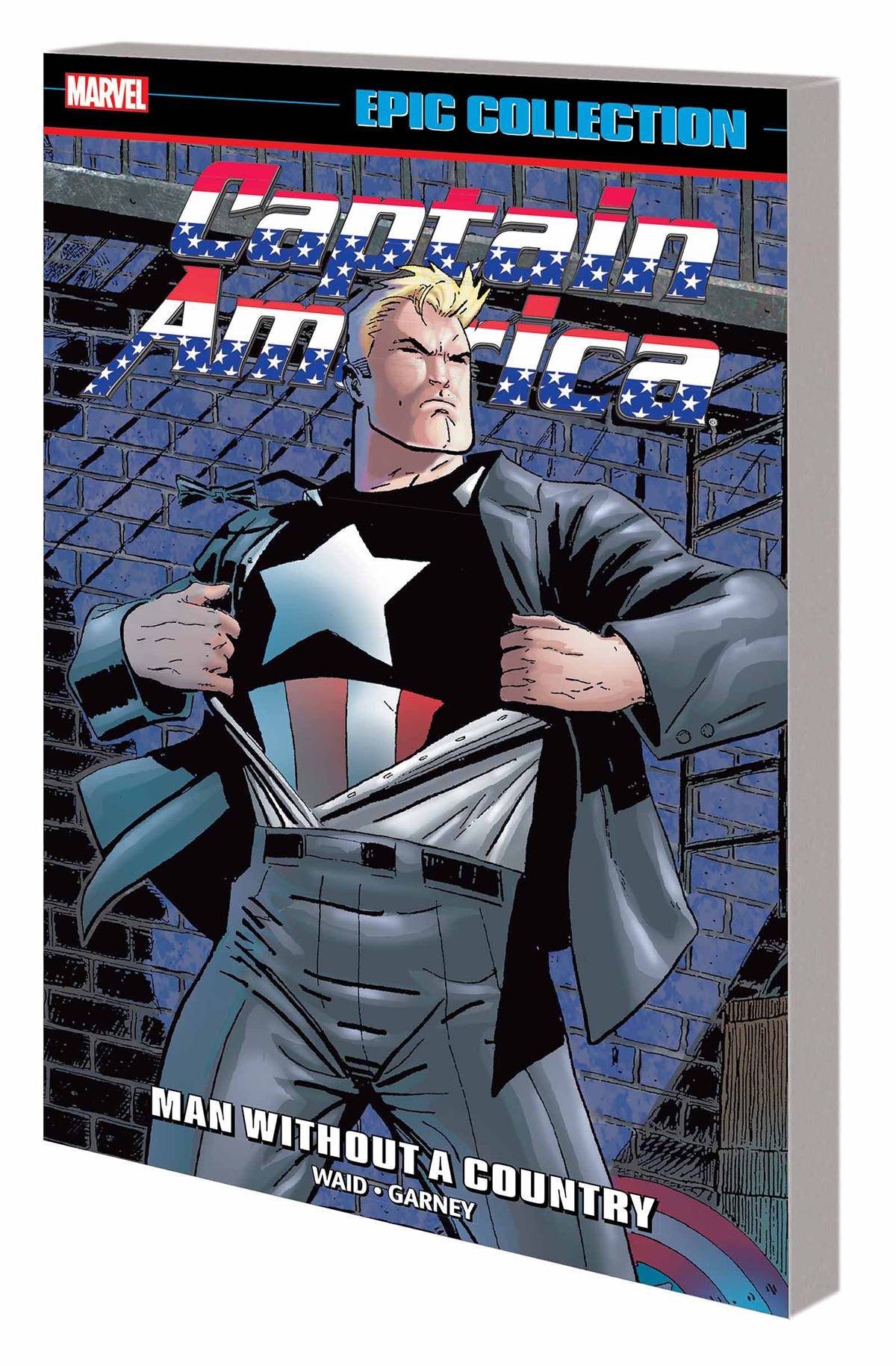 #
JAN160951
(W) Various (A) Various (CA) TBD
Operation: Rebirth! Captain America, thought dead by the nation he loves, returns to the land of the living with a vengeance - but his unlikely savior is one of his deadliest enemies! Reunited with long-lost love Sharon Carter, Steve Rogers must face a foe he hoped he'd never see again. But Cap's return is good news for the Avengers - with Thor powerless, Iron Man a teenager and the Zodiac attacking, they need him now more than ever. But does America? When Cap is framed and exiled from the United States, he must uncover the truth and track down the mysterious manipulator before time runs out for America! Collecting CAPTAIN AMERICA (1968) #444-454, THOR (1966) #496, IRON MAN (1968) #326, AVENGERS (1963) #396, CAPTAIN AMERICA ASHCAN EDITION #1, CAPTAIN AMERICA: THE LEGEND #1 and material from CAPTAIN AMERICA COLLECTORS' PREVIEW #1.
Rated T
In Shops: Apr 13, 2016
SRP: $39.99
ORDER WISH LIST