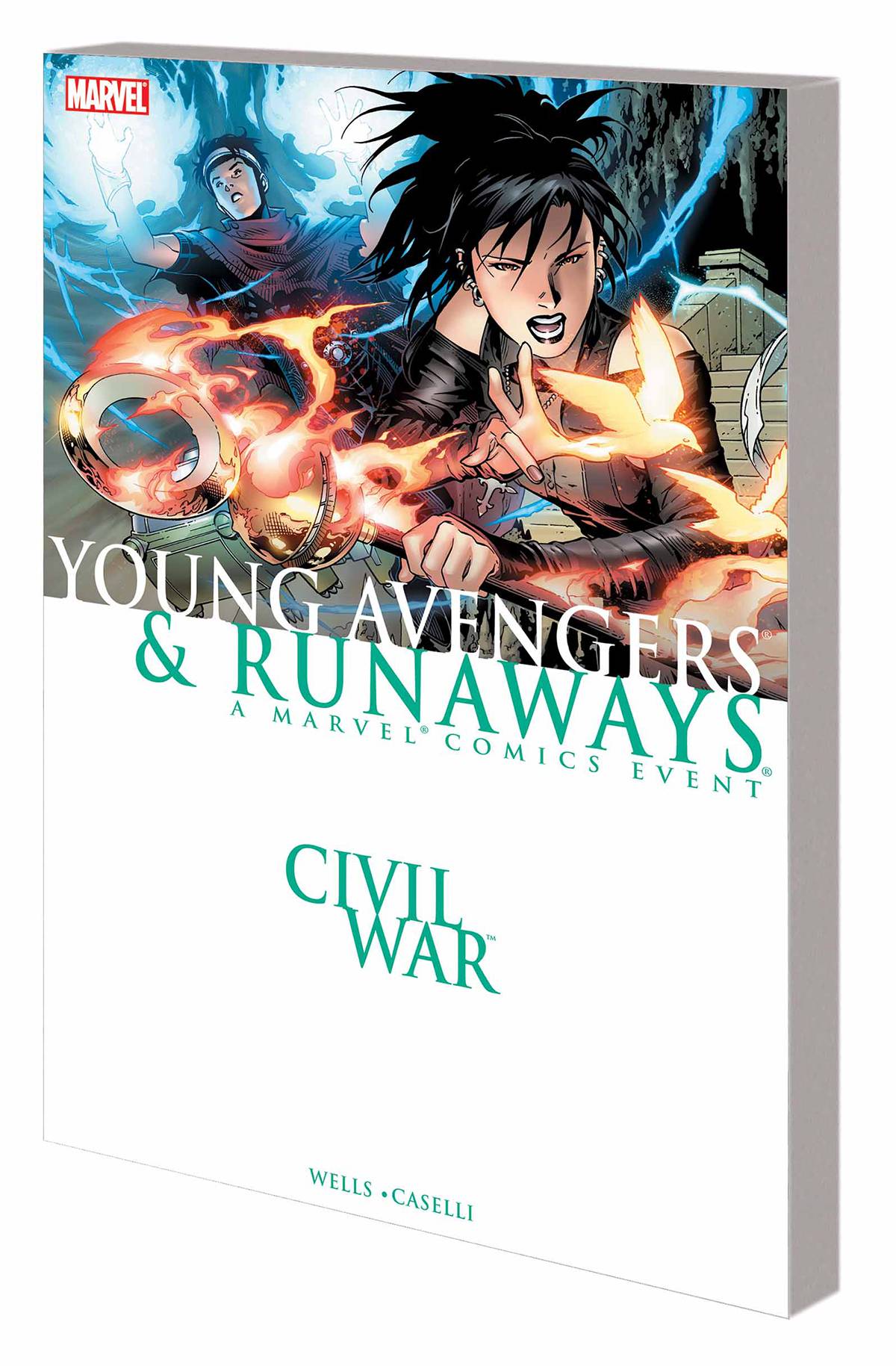 #
JAN160946
(W) Various (A) Various (CA) TBD
As the tide of public opinion turns inexorably against Marvel's heroes, the gears of Civil War threaten to crush the young heroes known as the Runaways. But when the Young Avengers offer their assistance, can the Runaways believe they're on the same side? The warden of the prison called the Cube wants both teams taken down - and he sends his most powerful weapon to do it: Noh-Varr, the young Kree known as Marvel Boy! Can the two teen teams put aside their differences and work together to free their captured teammates? And what happens when Marvel Boy busts loose? This CIVIL WAR tie-in has lasting repercussions for both popular teams! Plus: Look deep into Iron Man's classified files and learn all about the major players of CIVIL WAR! Collecting CIVIL WAR: YOUNG AVENGERS #1-4 and CIVIL WAR FILES #1.
Rated T+
In Shops: Mar 23, 2016
SRP: $19.99
ORDER WISH LIST