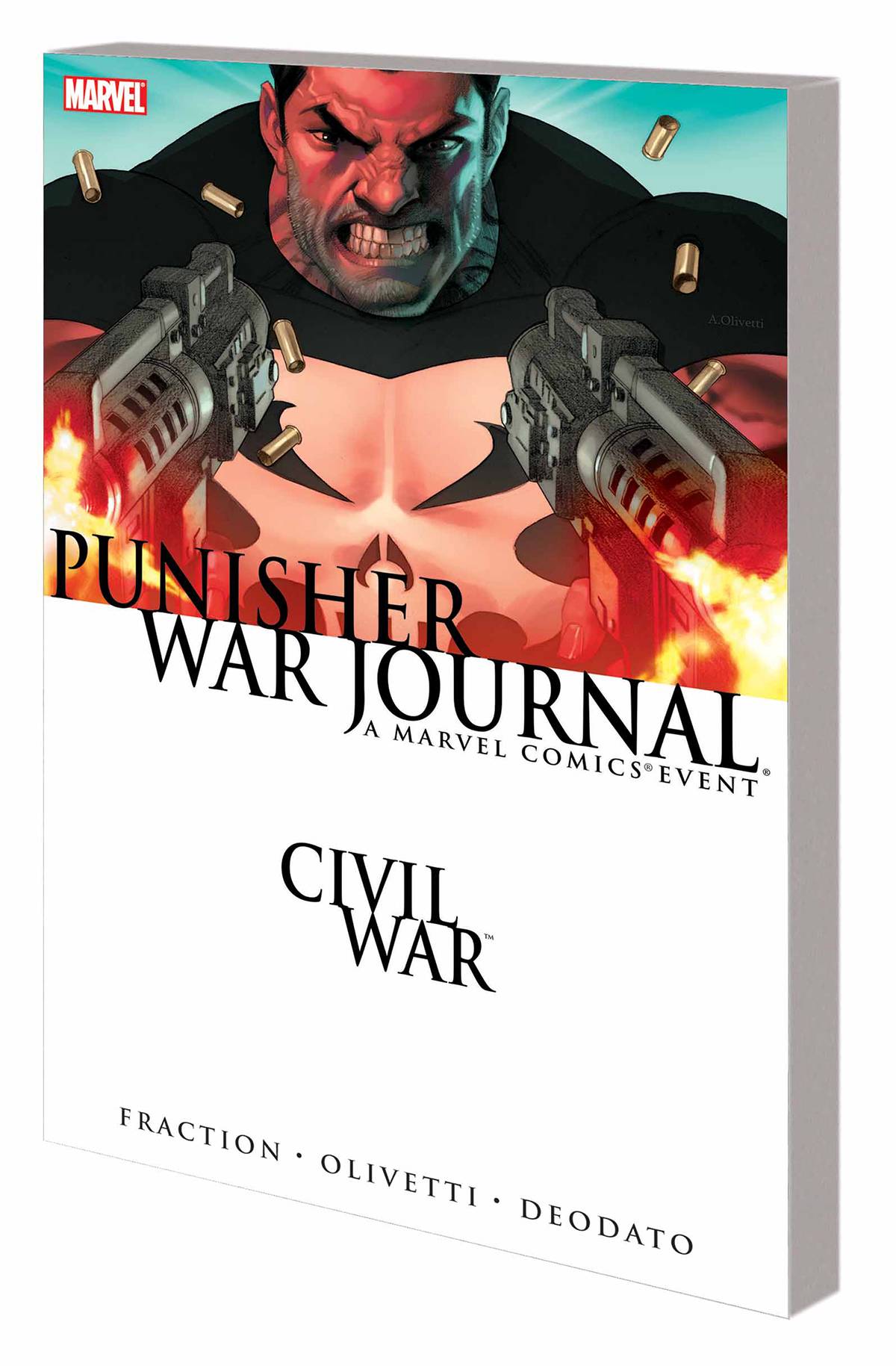 #
JAN160945
(W) Various (A) Various (CA) TBD
The Punisher is back with a vengeance. And he's taking no prisoners - literally! With CIVIL WAR in full throttle, Frank Castle is feeling the heat. His safe houses have been raided and his munitions seized, and he's square in the crosshairs of a big gun who always gets his man. Until now, this wasn't Frank's war. But when spandex-clad baddies start carrying badges - well, that's something the Punisher can't abide. But Frank doesn't play well with super heroes, and they don't play well with him. Will Frank's longtime respect for Captain America dilute this bad blood long enough to win the day, or will the Civil War claim one more victim: Frank himself? Plus: The Kingpin's in prison, so he's out of the picture - right? Nothing could be more wrong! Collecting PUNISHER WAR JOURNAL (2007) #1-4 and #1 B&W VARIANT, and CIVIL WAR: WAR CRIMES #1.
Rated T+
In Shops: Mar 30, 2016
SRP: $24.99
ORDER WISH LIST