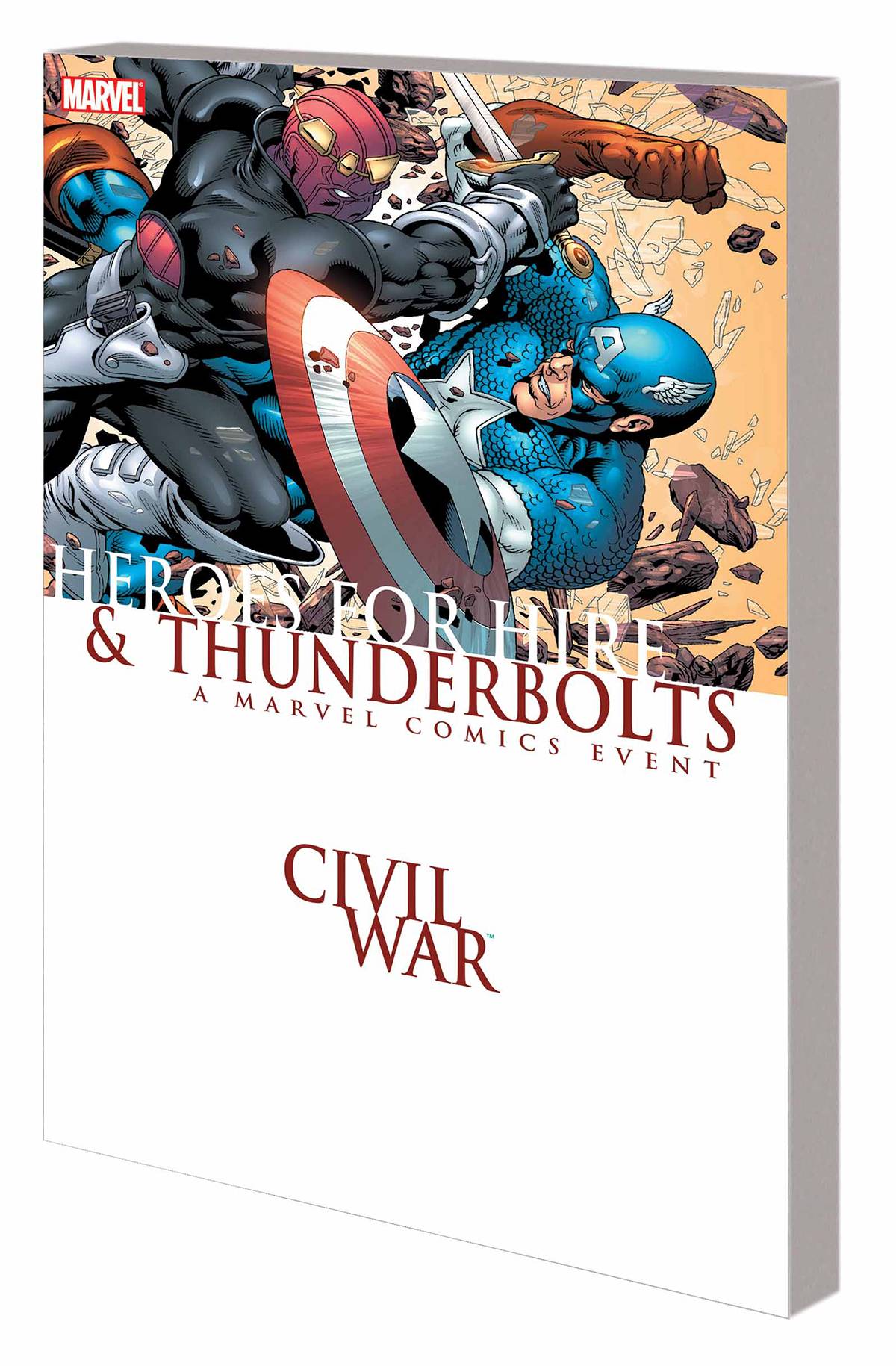 #
JAN160944
(W) Various (A) Various (CA) TBD
As CIVIL WAR rages, an unlikely group of heroes gather to hunt down fugitive superhumans who refuse to register. Misty Knight and Colleen Wing use their bail-bonds skills, underworld connections and government funding to lead an all-new Heroes for Hire: Black Cat, Shang-Chi, Paladin, the new Tarantula and more! It's action, adventure, crime, beautiful women and kung-fu chaos! Then, the Thunderbolts may be known criminals, but they sure can get good publicity by hunting down renegade heroes! Now, it's time for the T-Bolts to kick some spandex butt! But why have so many newly "recruited" Thunderbolts agreed to Baron Zemo's plans? What role does the Grandmaster and his Squadron Sinister play? And can there be anything worse than having the universe's fate lie in the hands of Zemo? Collecting HEROES FOR HIRE (2006) #1-5 and THUNDERBOLTS (1997) #101-105.
Rated T+
In Shops: Mar 23, 2016
SRP: $34.99
ORDER WISH LIST