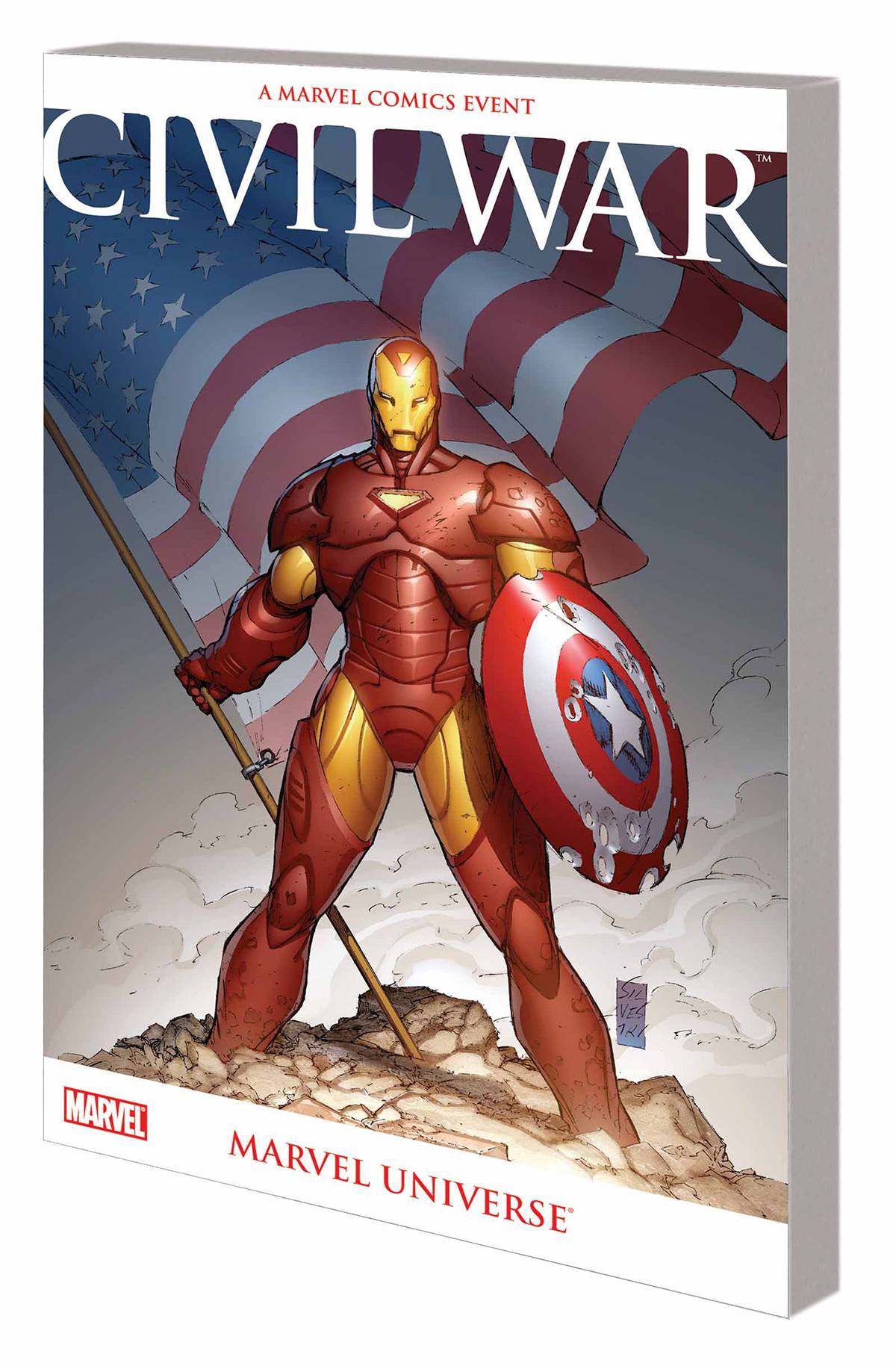 #
JAN160943
(W) Various (A) Various (CA) TBD
CIVIL WAR is encompassing the entire Marvel Universe, and the effects are being felt by every hero, villain and civilian. Wild cards like Venom, Ant-Man, Iron Fist, U.S.Agent and even Howard the Duck must take a stand, while the Sentry is confronted with a past he can't leave behind - and one of Marvel's greatest heroes must face their own fearful future! Whose side will Marvel's top superhuman lawyer, She-Hulk, fight for when the war threatens the rights of every American super hero? And in the war's aftermath, Tony Stark must begin building a new Marvel Universe! Plus: What if things had gone very differently? Collecting CIVIL WAR: THE INITIATIVE #1, CIVIL WAR: CHOOSING SIDES #1, CIVIL WAR: THE RETURN #1, SHE-HULK (2005) #8 and WHAT IF: CIVIL WAR #1.
Rated T+
In Shops: Mar 23, 2016
SRP: $24.99
ORDER WISH LIST