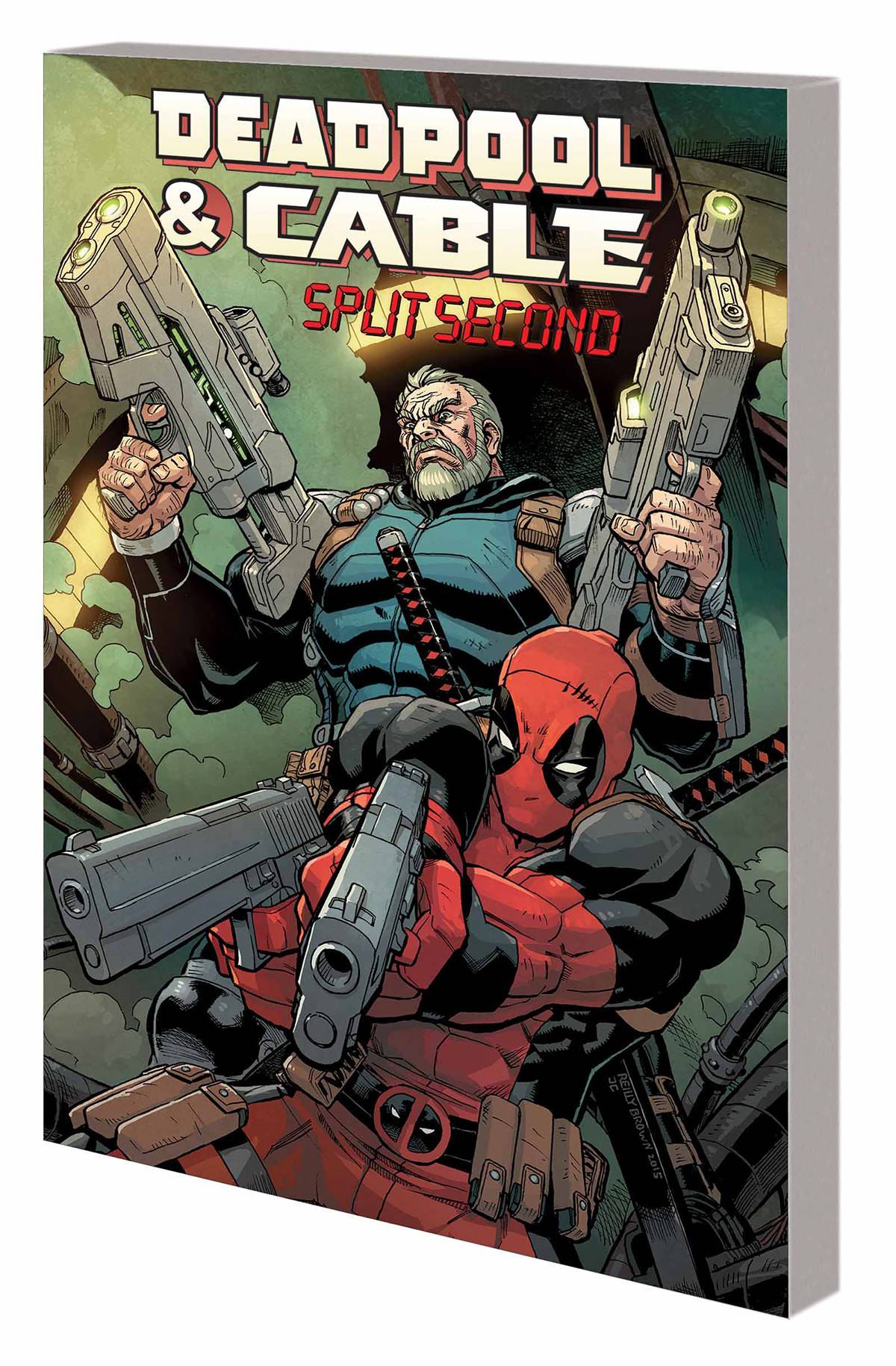 #
JAN160938
(W) Various (A) Various (CA) TBD
The Merc with a Mouth and the Soldier with the Shoulders, together again at last! The odd couple of '90s comics are back in their own buddy comic, guns blazing and pouches overflowing. But this time Deadpool gets top billing! And they might not be buddies anymore when Cable has a vision of a terrible future set off by the death of one man. As Nathan Summers takes on the job of protecting this key figure no matter what, guess who gets hired to kill the same guy? (Did you guess Deadpool? I hope you did.) Hilarity, action and time-hopping antics ensue. But who or what is the nigh-unbeatable foe that's throwing Deadpool for a loop? Collecting DEADPOOL & CABLE: SPLIT SECOND #1-3 and TRUE BELIEVERS: DEADPOOL VARIANTS 1.
Parental Advisory
In Shops: Apr 20, 2016
SRP: $16.99
ORDER WISH LIST