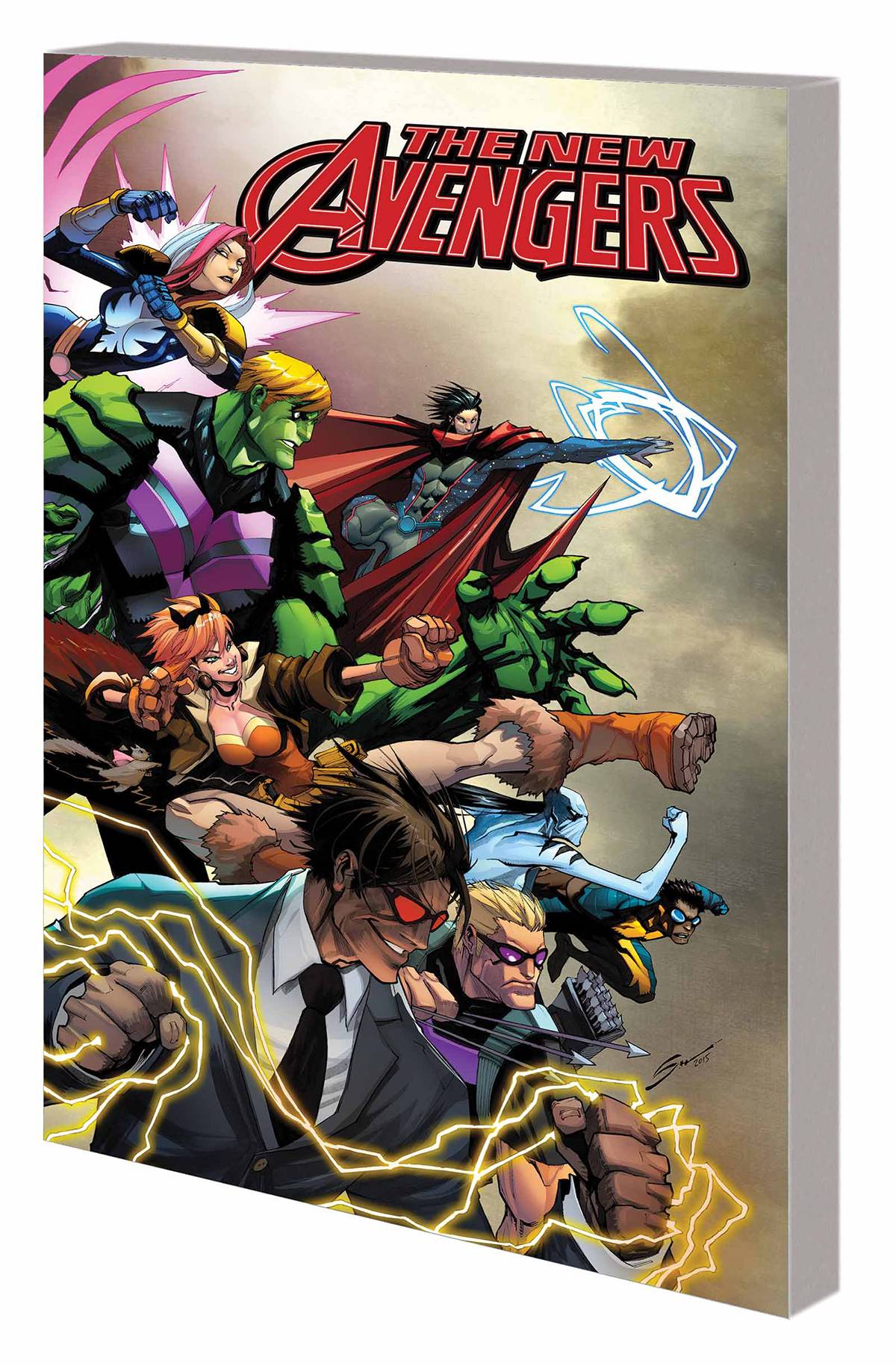 #
JAN160936
(W) Al Ewing (A/CA) Gerardo Sandoval
The old order is no more. Now, everything is new! Roberto Da Costa - the New Mutant, X-Man and Avenger known as Sunspot - has retooled A.I.M. as a super-scientific global rescue squad of tomorrow's heroes...today! But is the world ready for Avengers Idea Mechanics? America doesn't want them! S.H.I.E.L.D. doesn't know what to do with them! But Earth might not survive without...the New Avengers! The Knights of the Infinite are coming, but what do they want with Wiccan and Hulkling? How will Songbird react to a traitor on the team? And the biggest question - Squirrel Girl?! Really? From evil space wizards to the time-bending Avengers of the year 20XX, this book gives new meaning to the word "new!" Collecting NEW AVENGERS (2015) #1-6.
Rated T+
In Shops: Apr 20, 2016
SRP: $19.99
View All Items In This Series
ORDER WISH LIST