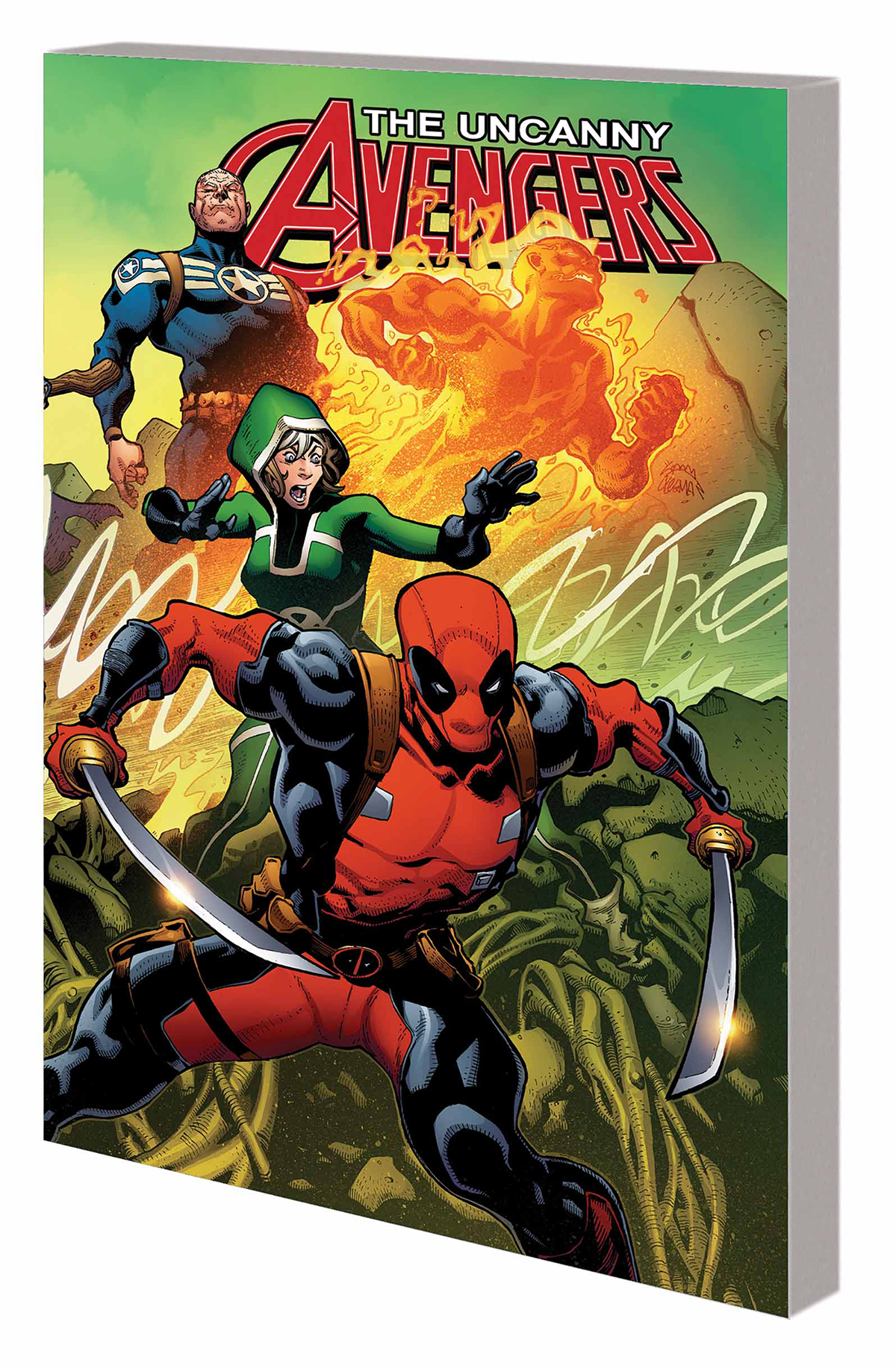 JAN160935
(W) Various (A) Various (CA) TBD
In a world filled with ever greater conflict, the Avengers' Unity Squad has a bigger job than ever! The elderly Steve Rogers has assembled a new roster aimed at promoting peace between humans, mutants...and Inhumans! Spider-Man, Rogue, the Human Torch, Quicksilver, Doctor Voodoo and the Inhuman known as Synapse all make the cut - as does Deadpool! But what role exactly does Wade Wilson play in encouraging inter-species harmony? As Boston faces devastation, the all-new Uncanny Avengers fight a world gone mad, and the final member of the team makes a bloody entrance! But how far can Steve's squad go in achieving unity when some of them can't even work together? And seriously - Deadpool? An Avenger? Prepare to believe! Collecting UNCANNY AVENGERS (2015B) #1-6 and material from AVENGERS #0.
Rated T
In Shops: Apr 13, 2016
SRP: $19.99
View All Items In This Series
ORDER WISH LIST