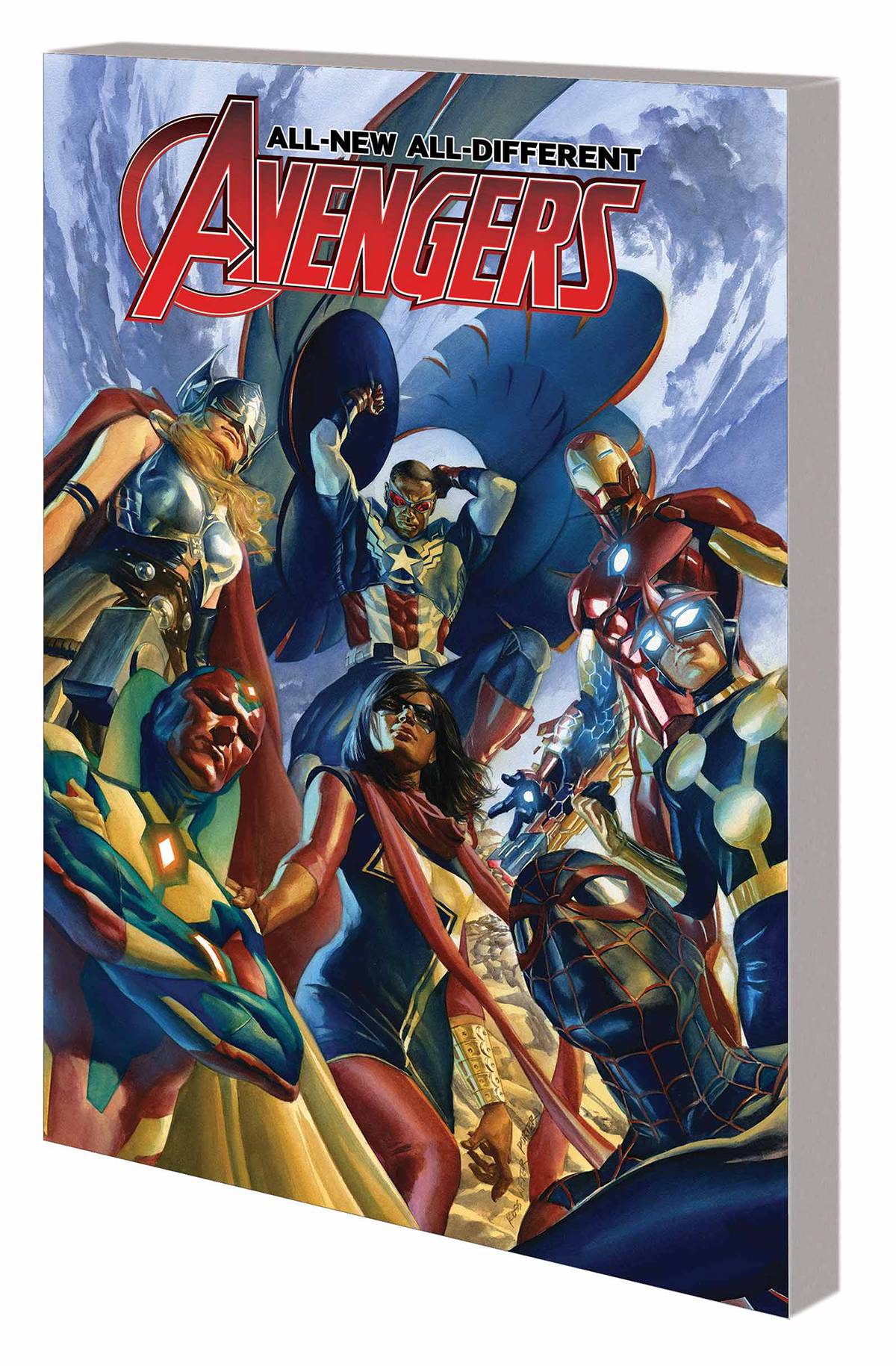 #
JAN160931
(W) Various (A) Various (CA) TBD
The Avengers are dead - long live the Avengers! Earth's Mightiest Heroes - Captain America, Thor, Vision and Iron Man - are living separate lives, not tied to any team. But when a threat from beyond the stars targets our world, fate draws them together again, alongside a group of young adventurers who will reinvigorate the Avengers like never before! Welcome to the big leagues, Nova, Ms. Marvel and Miles "Spider-Man" Morales! But as Warbringer makes good on his name, the reassembled Avengers struggle to put their differences aside. One among them may find their membership short-lived, but two are definitely getting along - when passions flare between Captain America and Thor, it leads to Earth's Mightiest Kiss! But who is the familiar villain pulling the Avengers' strings? Collecting ALL-NEW, ALL-DIFFERENT AVENGERS #1-6, and material from AVENGERS #0 and FREE COMIC BOOK DAY 2015 (AVENGERS) #1.
Rated T+
In Shops: Apr 20, 2016
SRP: $19.99
View All Items In This Series
ORDER WISH LIST