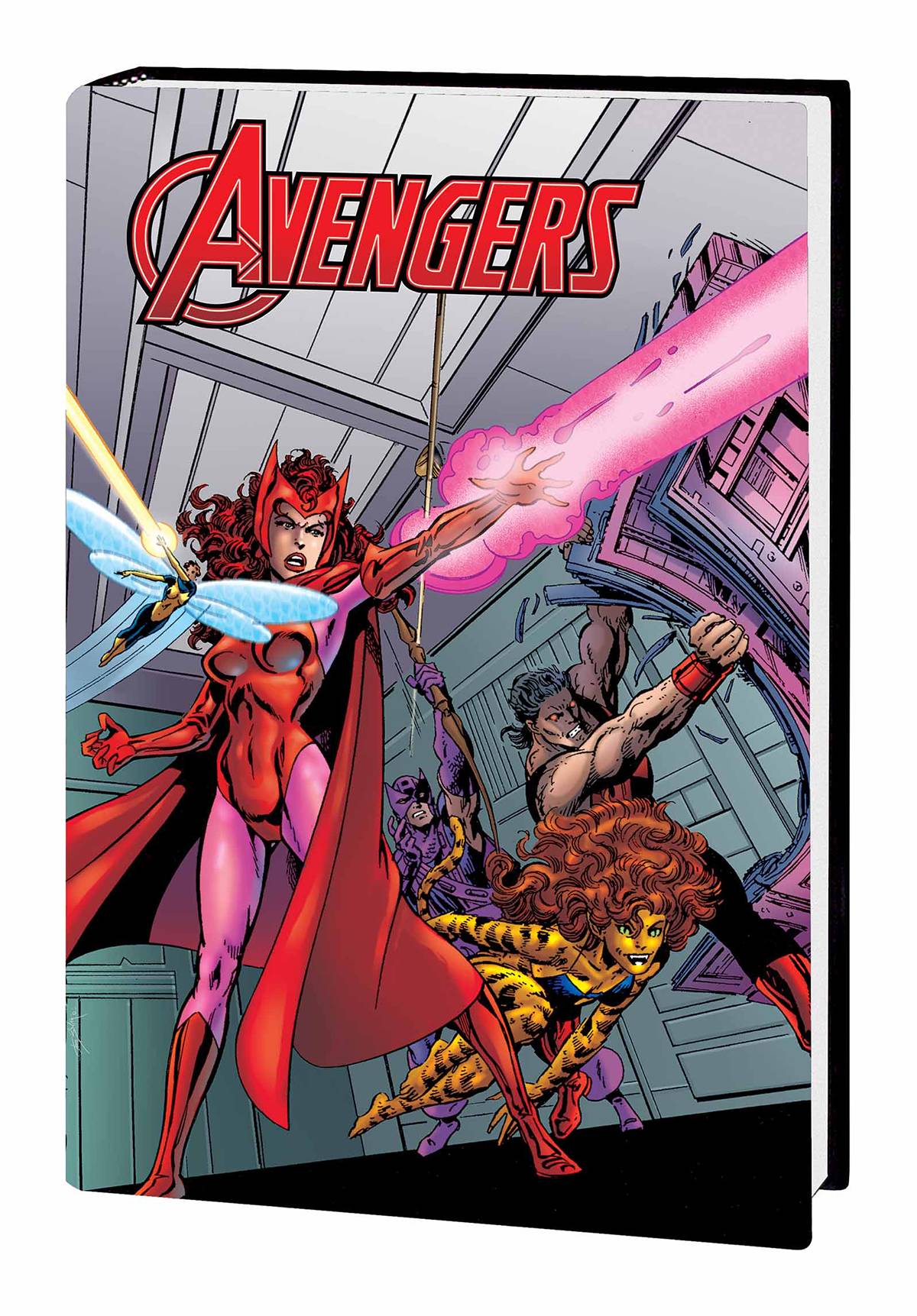 #
JAN160930
(W) Various (A) Various (CA) TBD
Earth's Mightiest Heroes by one of comics' biggest names! John Byrne transforms the West Coast Avengers as the dismantling of the Vision sets the android's bewitching wife, Wanda Maximoff, down a path that is far darker than scarlet! On the East Coast, Byrne steers the Avengers through attack by the Lava Men and into the Negative Zone in search of the Eternals! Then along comes a spider as a friendly neighborhood wall-crawler joins the Assemblers on a journey to the stars! But what is Immortus's ultimate plan? From the Evolutionary War to Acts of Vengeance and more, it's an eventful volume filled with epic tales written and/or drawn by Byrne! Collecting WEST COAST AVENGERS (1985) #42-46, AVENGERS WEST COAST #47-62 and ANNUAL #4, AVENGERS (1963) #305-318 and ANNUAL #18, and material from AVENGERS SPOTLIGHT #23 and WHAT THE--?! #6.
Rated T
In Shops: Jul 06, 2016
SRP: $100.00
ORDER WISH LIST