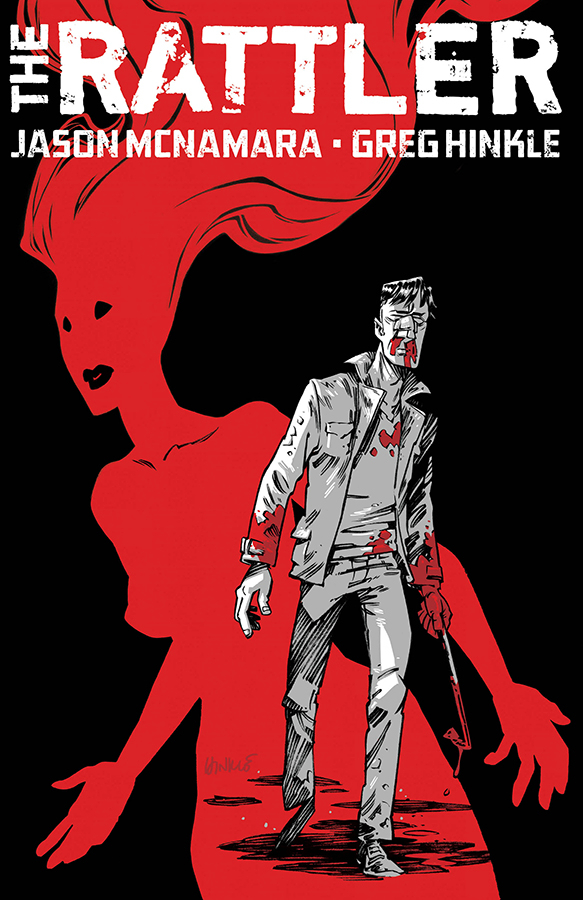 JAN160628
(W) Jason McNamara (A/CA) Greg Hinkle
Ten years have passed since Stephen Thorn's fiancée vanished without a trace, and he has grown into a prominent, if bitter, victim's rights crusader. Despite the cold trail and lack of leads, he stubbornly refuses to give up the search. And then...he begins to hear her voice in the strangest of places.

Pursued by his own organization and questioning his sanity, Stephen embarks on a grisly journey to save his long-lost love. As he unravels the truth of her disappearance, the body count rises and Stephen finds himself ensnared in a trap that had been set for him long ago.
"brutal, terrifying, and devastating...The Rattler is sure to be one of the very best things you'll read all year."