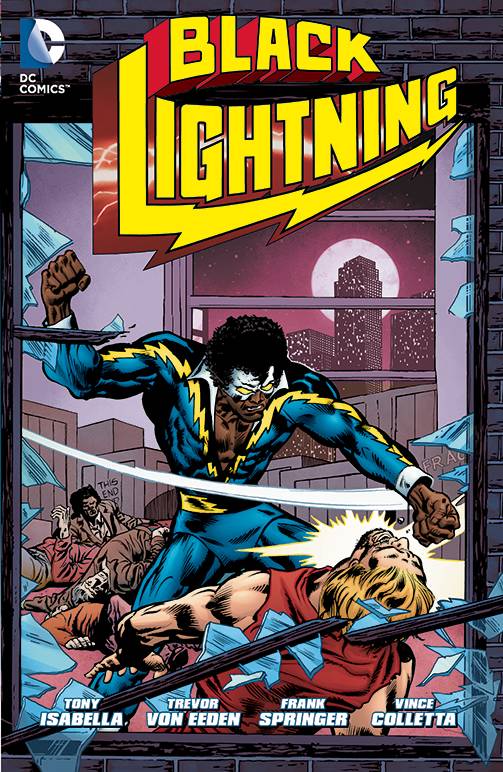 #
JAN160326
(W) Tony Isabella, Dennis O'Neil (A) Trevor Von Eeden, Vince Colletta, Michael Netzer (CA) Rich Buckler (A/CA) Frank Springer
With the power to generate electricity from within, Jefferson Pierce adopts the secret identity of Black Lightning! But it will take all of his abilities to protect his Metropolis neighborhood of Suicide Slum from those that seek to destroy it. With guest appearances from Superman and more, this new title collects issues #1-11 from the 1970s series, Worlds Finest #260 plus a story from CANCELLED COMICS CAVALCADE.
In Shops: Apr 06, 2016
SRP: $19.99
View All Items In This Series
ORDER WISH LIST