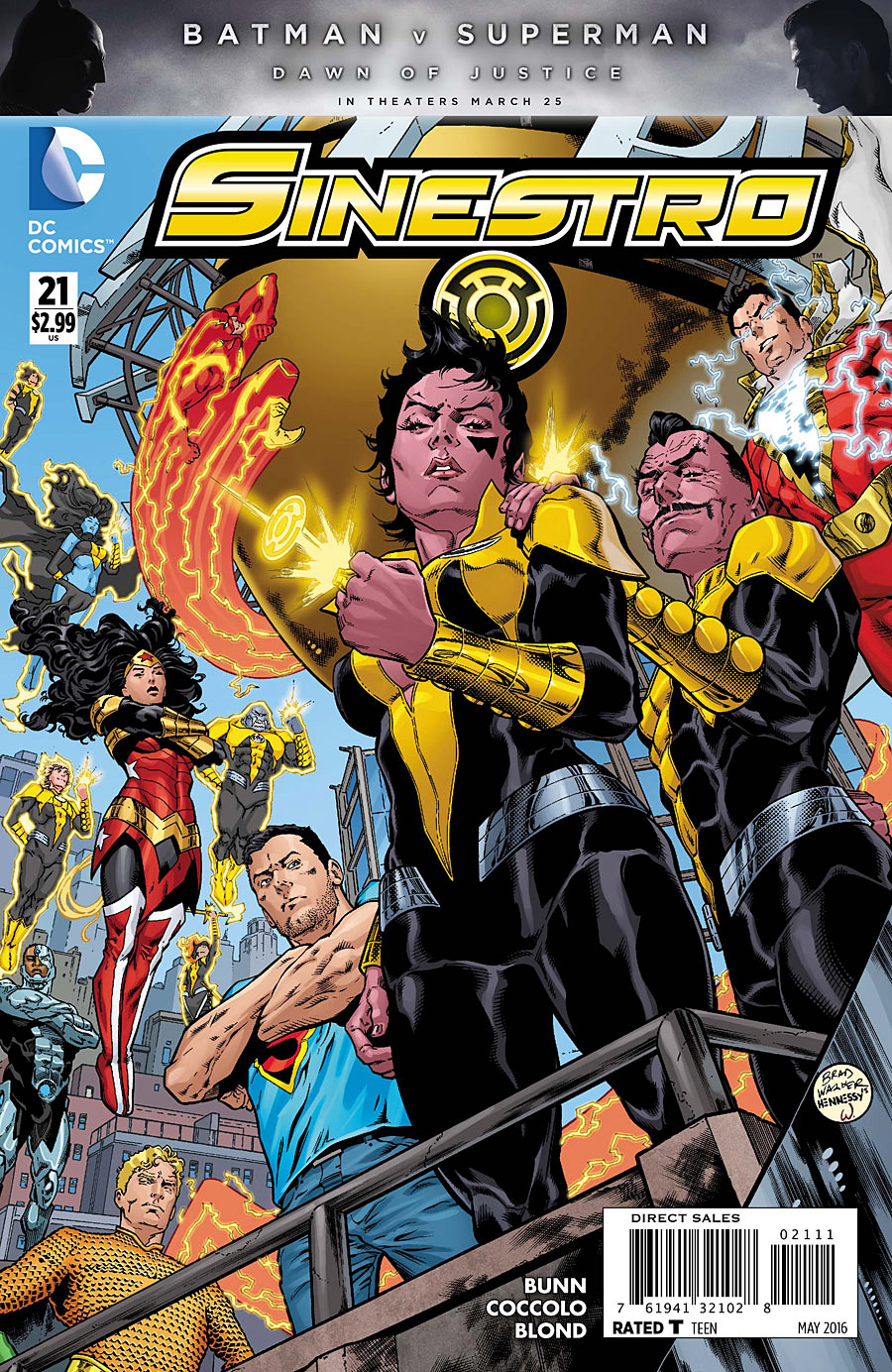 JAN160301
(W) Cullen Bunn (A) Martin Coccolo (CA) Brad Walker, Andrew Hennessy
The climactic battle between the Sinestro Corps and The Paling is here! Sinestro has bolstered the ranks of the Corps with some of Earth's most powerful heroes and villains-but will that be enough to defeat a creature who is immune to the powers of the Yellow Rings? A new status quo for the Sinestro Corps begins here!
In Shops: Mar 16, 2016
SRP: $2.99
View All Items In This Series