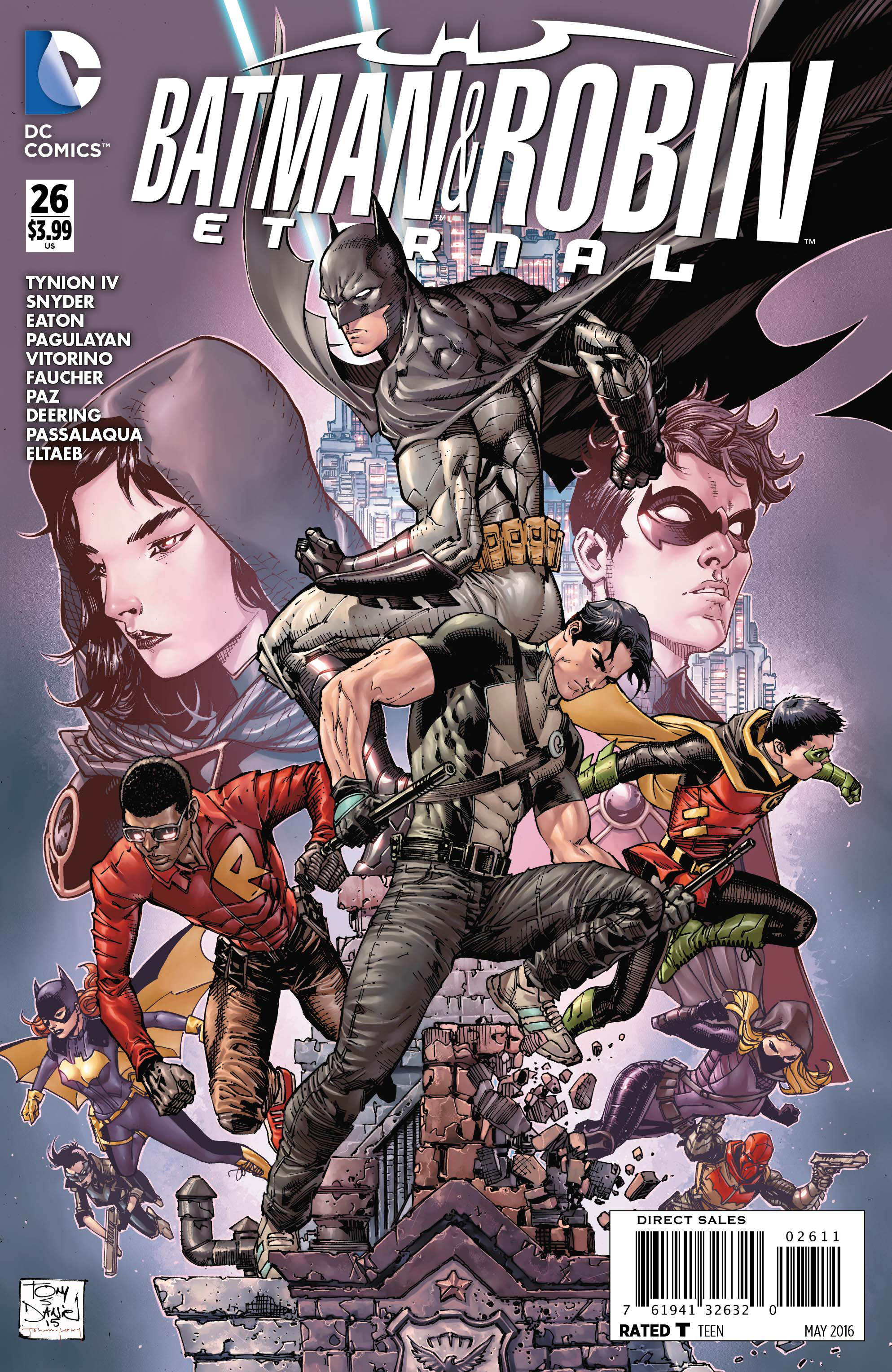 JAN160287
(W) Scott Snyder, James TynionIV (A) Scot Eaton, Carlo Pagulayan, Igor Vitorino, Geraldo Borges, Wayne Faucher, Jason Paz, Marc Deering (CA) Tony S. Daniel
It's the catastrophic conclusion of the acclaimed weekly series that brings together all of Batman's one-time partners! Mother's trap has been sprung, and the whole world is feeling her wrath! Can Dick Grayson pull together his allies to fight an entire army of foes? Is one among them still under Mother's control? And what will become of Cassandra Cain? You won't believe how huge this battle can become!
In Shops: Mar 30, 2016
SRP: $3.99
View All Items In This Series