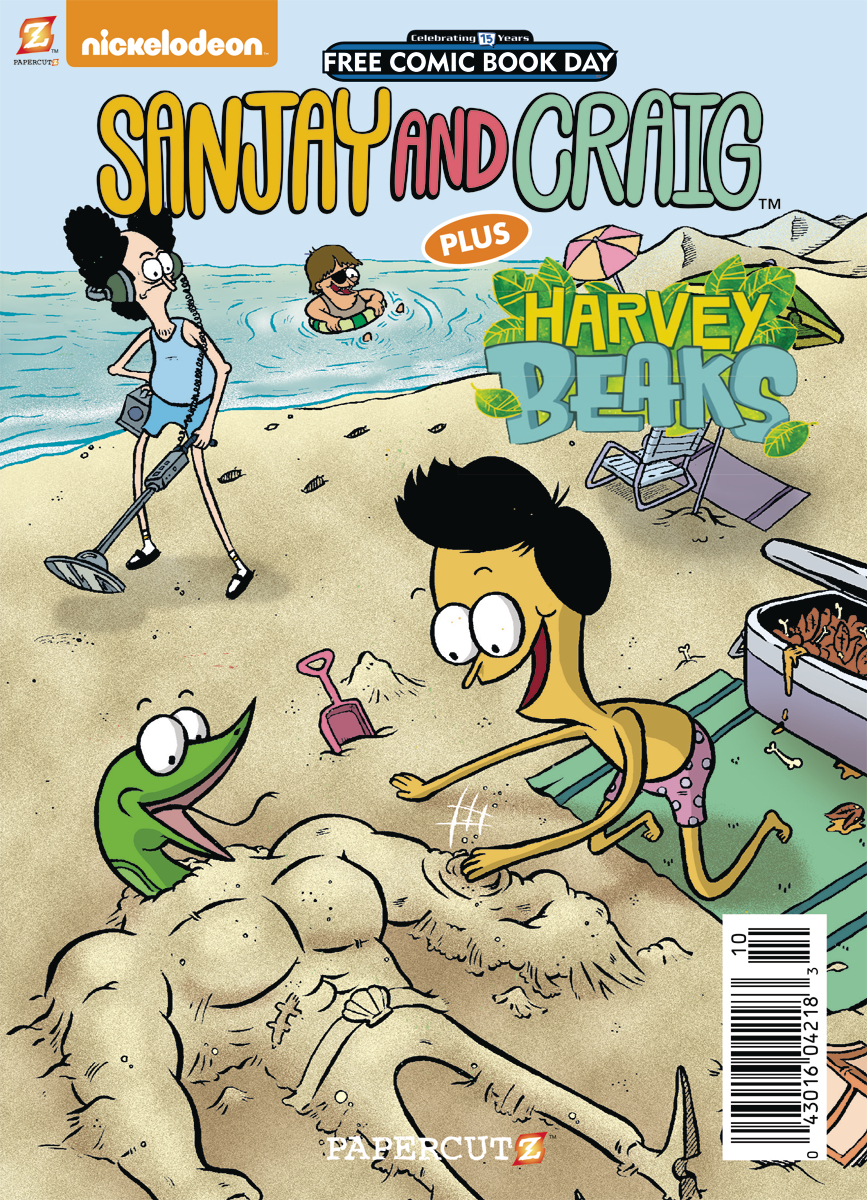 JAN160041
(W) Eric M Esquivel, Stefan Petrucha (A) Sam Spina, Andreas Schuster (CA) James Kaminski
The hottest new stars on Nickelodeon - Sanjay and Craig and Harvey Beaks - co-star in this comic collecting complete stories from Nickelodeon Magazine and from the Papercutz graphic novels. In "Lord of the Pipes", everyone's favorite talking snake, Craig, literally goes down the drain on an epic quest to fetch Sanjay's father's wedding ring... and has some close encounters with the strange beings he meets there. Then "Fight the Future with Flavor" dramatically depicts the shocking connection between Sanjay eating a seemingly harmless samosa and the total annihilation of the entire world by Martians! Also, Harvey Beaks proves he's a "First Class Finder" when his mad Hide-and-Seek skills lead him to finding a big scary monster!
Rating: All Ages
In Shops: Apr 13, 2016
SRP: PI