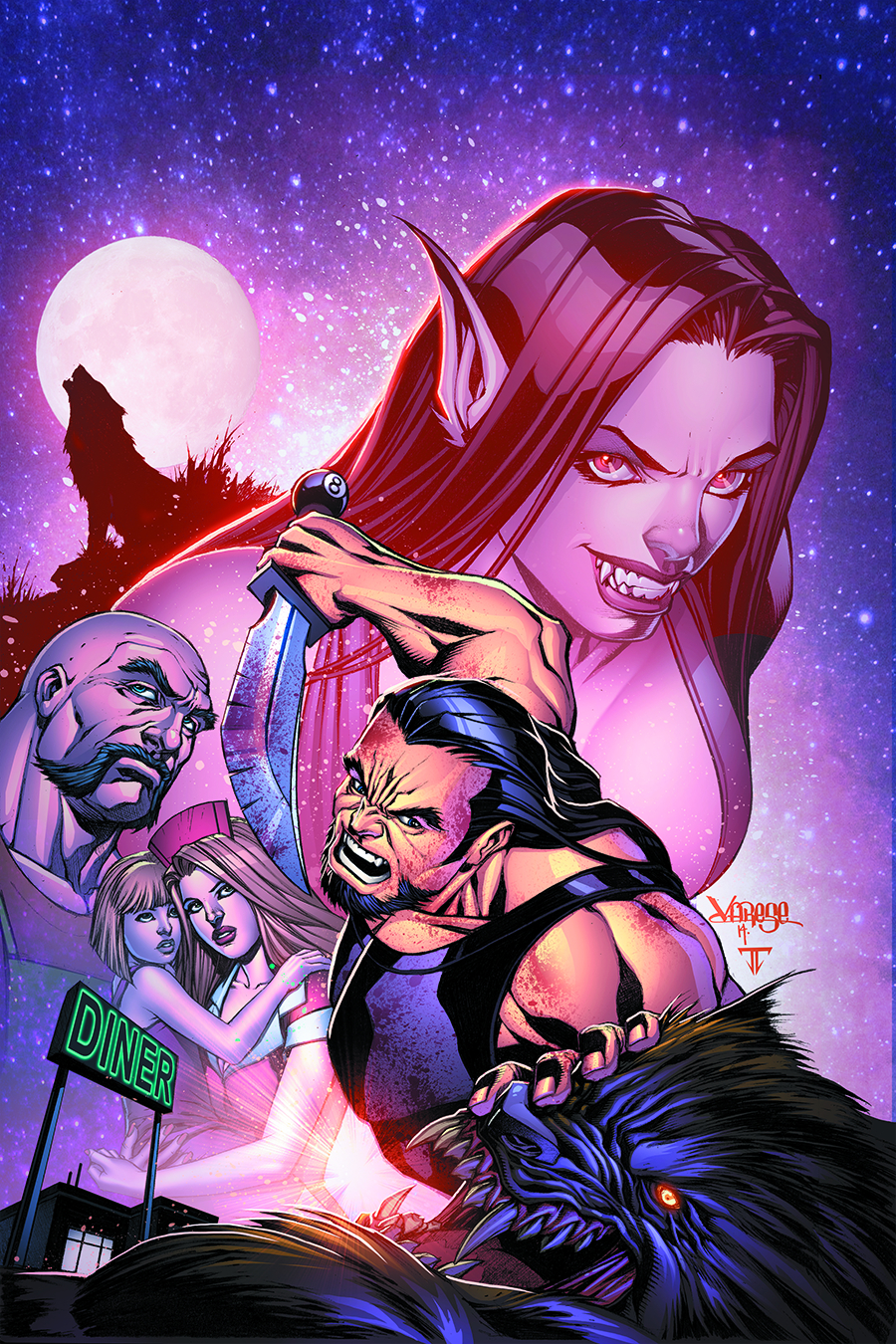 JAN151243
(W) John Ulloa (A/CA) Jose Varese
Humanity is caught in a war where man is considered mere cattle to satisfy the hunger of beings who were thought to have lived only in myths and lore. There are few who know the truth and even fewer who are prepared to fight. Trapped in a world that is woefully ill-equipped for the coming onslaught, a 300-year-old Native American shaman is kept alive by the herbal knowledge of scores of generations before him. As the carnage rages, David Blackthorn must hunt down the queen of a werewolf pack responsible for the heinous murder of his entire tribe, before she can release the Prime Wolf and bring forth an age of rage and destruction the likes of which the world has never seen.
In Shops: Apr 01, 2015
SRP: $3.99
View All Items In This Series
ORDER WISH LIST