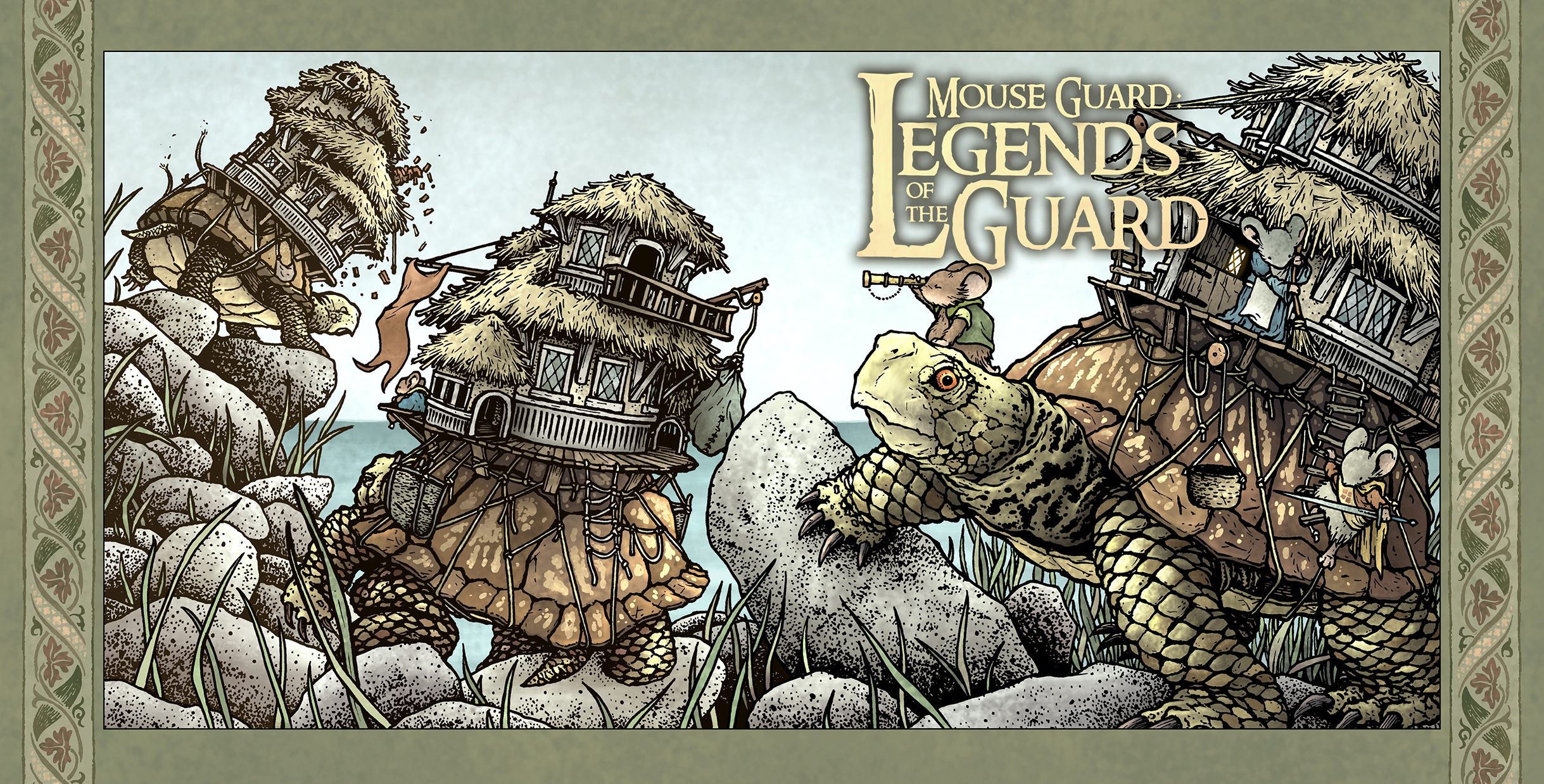 JAN151140
(W) Skottie Young, Mark Buckingham, Hannah Christenson (A) Skottie Young, Mark Buckingham, Hannah Christenson (CA) David Peterson, Eric Muller
WHY WE LOVE IT: 2015 marks the 10-year anniversary of David Petersen's Eisner and Harvey Award-winning Mouse Guard, and what better way to celebrate than with a new collection of short stories centered around a storytelling contest at the local bar, featuring work by some of the best writers and artists in comics paying homage to this beloved all-ages series.
WHY YOU'LL LOVE IT: It's Mouse Guard as interpreted by some of the most celebrated storytellers in all of comics, including Skottie Young (Rocket Raccoon), Ram n K. Pérez (The Amazing Spider-Man), Mark Buckingham (Fables), Becky Cloonan (Gotham Academy), Dustin Nguyen (Batman), and many more!
WHAT IT'S ABOUT: Following two award-nominated volumes, once again, mice of all furs and trades have gathered at the June Alley Inn to swap tales of courage, adventure, and craftsmanship. The storytellers can't help but try to outdo one another, as the mouse who tells the best tale gets their bar tab cleared. This issue features stories by Skottie Young, Mark Buckingham, and Hannah Christenson (Jim Henson's The Storyteller: The Novelization).
In Shops: Mar 11, 2015
SRP: $3.99
View All Items In This Series