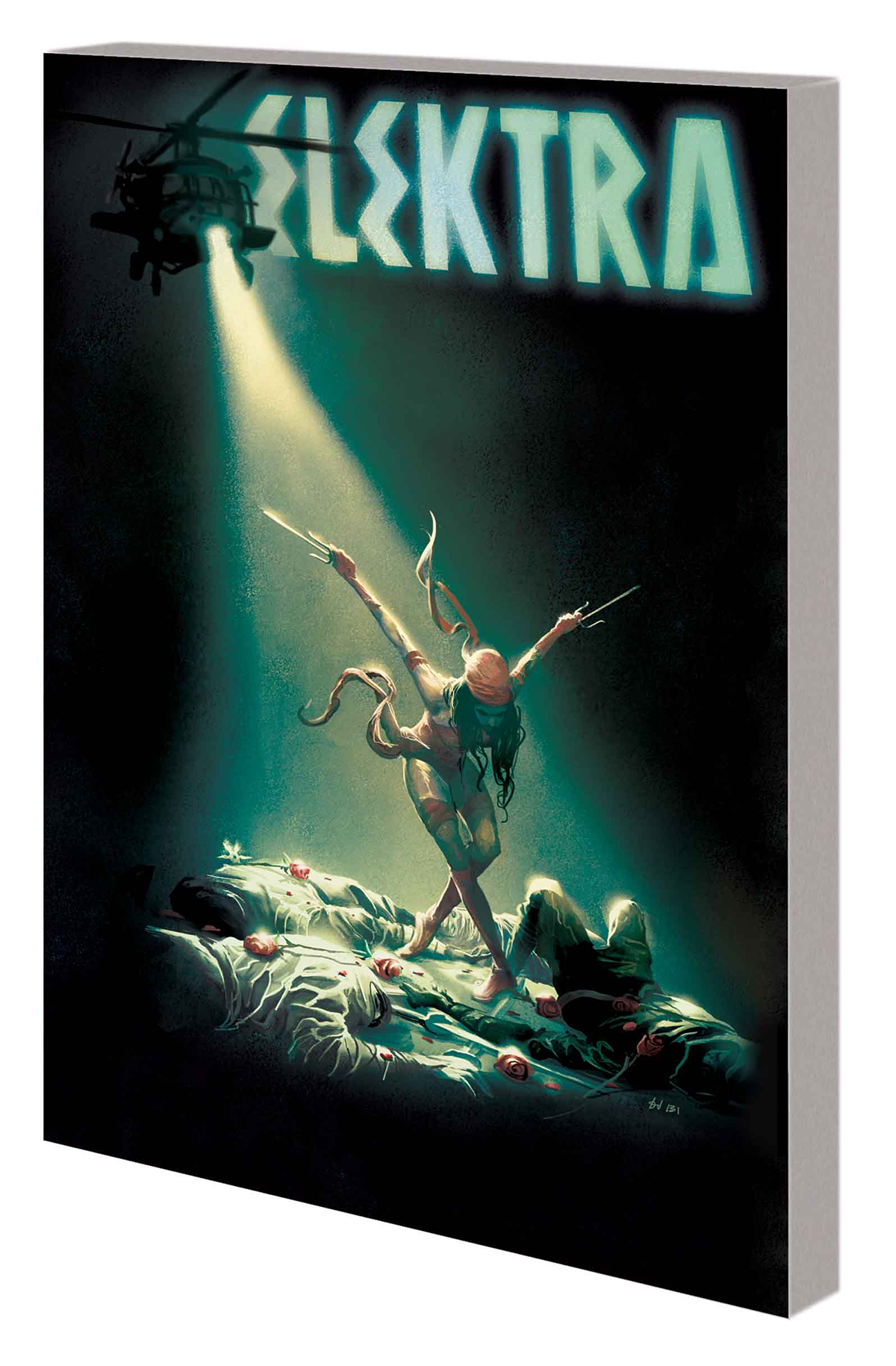 JAN150904
(W) Haden Blackman (A/CA) Mike Del Mundo
Elektra takes on an enraged Assassin's Guild! After battles with Cape Crow, Bloody Lips, Lady Bullseye and Scalphunter, Elektra vows to take the fight back to the Guild itself. Now, it's Elektra vs. the world as she begins hunting down the Guild's agents before they can find her and her allies. And her first stop is New Orleans, the Guild's home turf - where a vengeful Lady Bullseye secretly lies in wait, planning a vicious ambush. Then, Elektra takes on an entire S.H.I.E.L.D. facility single-handedly! What could be important enough for Elektra to pit herself against Marvel's most advanced intelligence agency? Coming face-to-face with the man who killed her - and returning the favor! As the Guild closes in, Elektra faces Bullseye! Will her training and expertise be enough to defeat all her foes? The final round is here! Collecting ELEKTRA (2014) #6-11.
Rated T+
In Shops: Apr 29, 2015
SRP: $17.99
View All Items In This Series