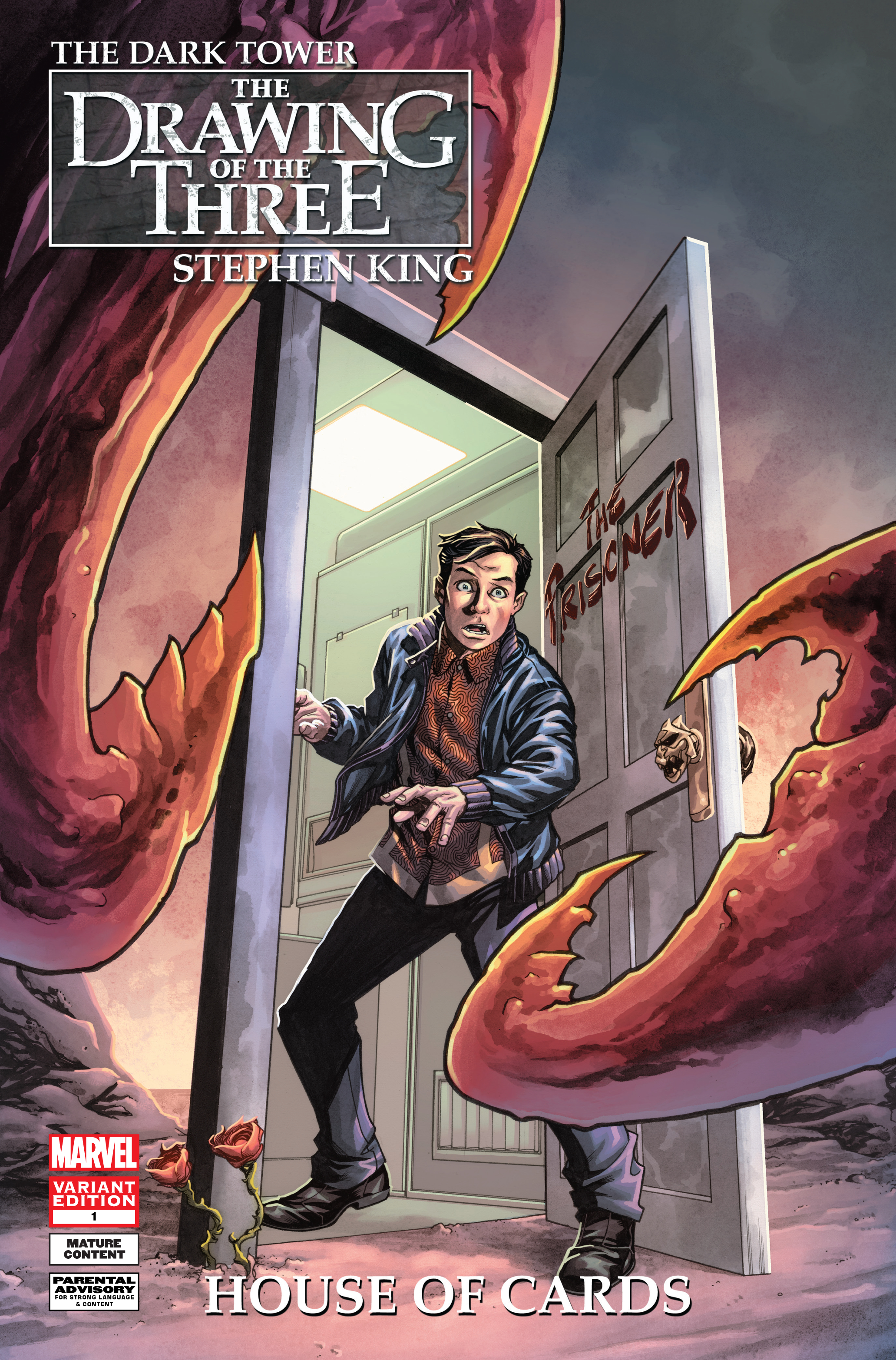 JAN150806
(W) Robert Furth, Peter David (A) Piotr Kowalski (CA) Mike McKone
STEPHEN KING'S DARK FANTASY EPIC RETURNS-AS EDDIE DEAN COMES FACE TO FACE WITH THE GUNSLINGER
•  Eddie Dean, the troubled young man gifted with the ability to open doors to other worlds, has smuggled narcotics from Nassau to New York City, but now has to escape a packed airplane guarded by armed Custom Agents!
•  How will Eddie avoid prison and yet also fulfill his contract with the dangerous mobster Balazar?
•  The answer lies in Mid-World, and with a dying gunslinger named Roland!
•  The second chilling chapter begins by writers Peter David (Spider-Man 2099) & Robin Furth (The Dark Tower: A Complete Concordance), and artist Piotr Kowalski (Marvel Knights: Hulk)!
Parental Guidance
In Shops: Mar 25, 2015
SRP: $3.99
View All Items In This Series