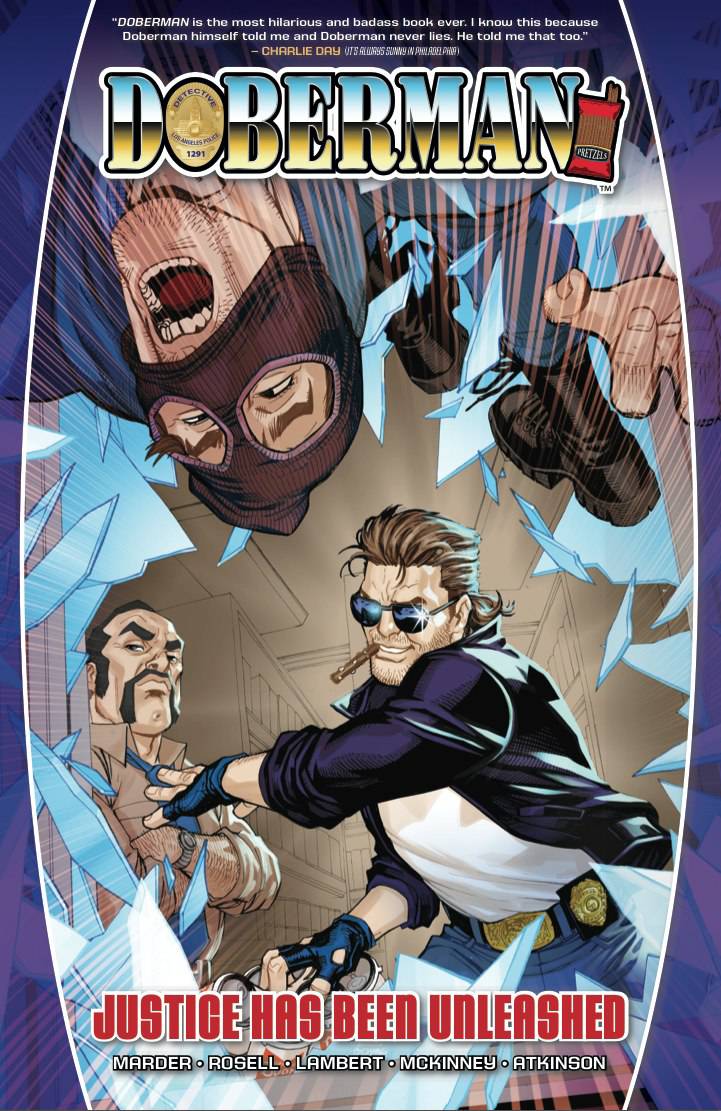 #
JAN150557
(W) Scott Marder, Rob Rosell, Jack Lambert (A) Brandon McKinney (CA) Bernard Chang
Frank Doberman was the greatest detective of his era with the fastest car, biggest gun, and longest... um...  arrest record.  But after a drug bust went horribly wrong, Doberman disappeared, seeking solace in Mother Nature. Now lured back to the Force by the promise of vengeance, and an ice-cold six-pack, Doberman has to deal with a new age of computers, regulations, and an uber-villain whom the world seems to believe has changed his ways.
In Shops: Mar 25, 2015
SRP: $19.99
ORDER WISH LIST