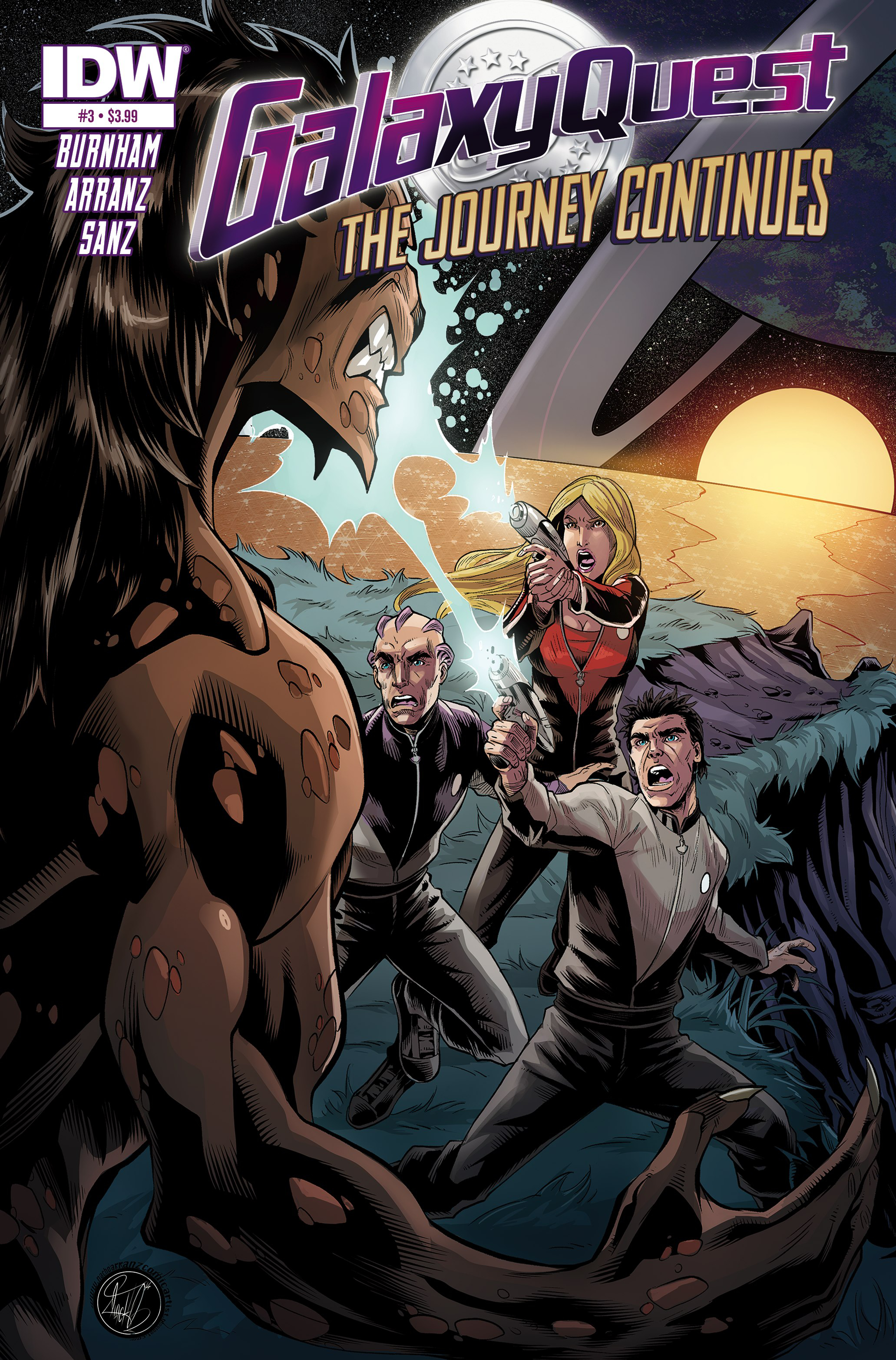 JAN150489
(W) Erik Burnham (A/CA) Nacho Arranz
The cast of Galaxy Quest have landed on the planet Dryth, charged by an alien rebel with fixing a mistake they didn't even know they made by meddling in the politics of another planet... but first they have to get through an alien wasteland in one piece. Meanwhile, back on Earth, Guy is stuck at a comic convention with a group of aliens masquerading as his costars. Nothing could go wrong there, right?
In Shops: Apr 01, 2015
SRP: $3.99
View All Items In This Series
ORDER WISH LIST