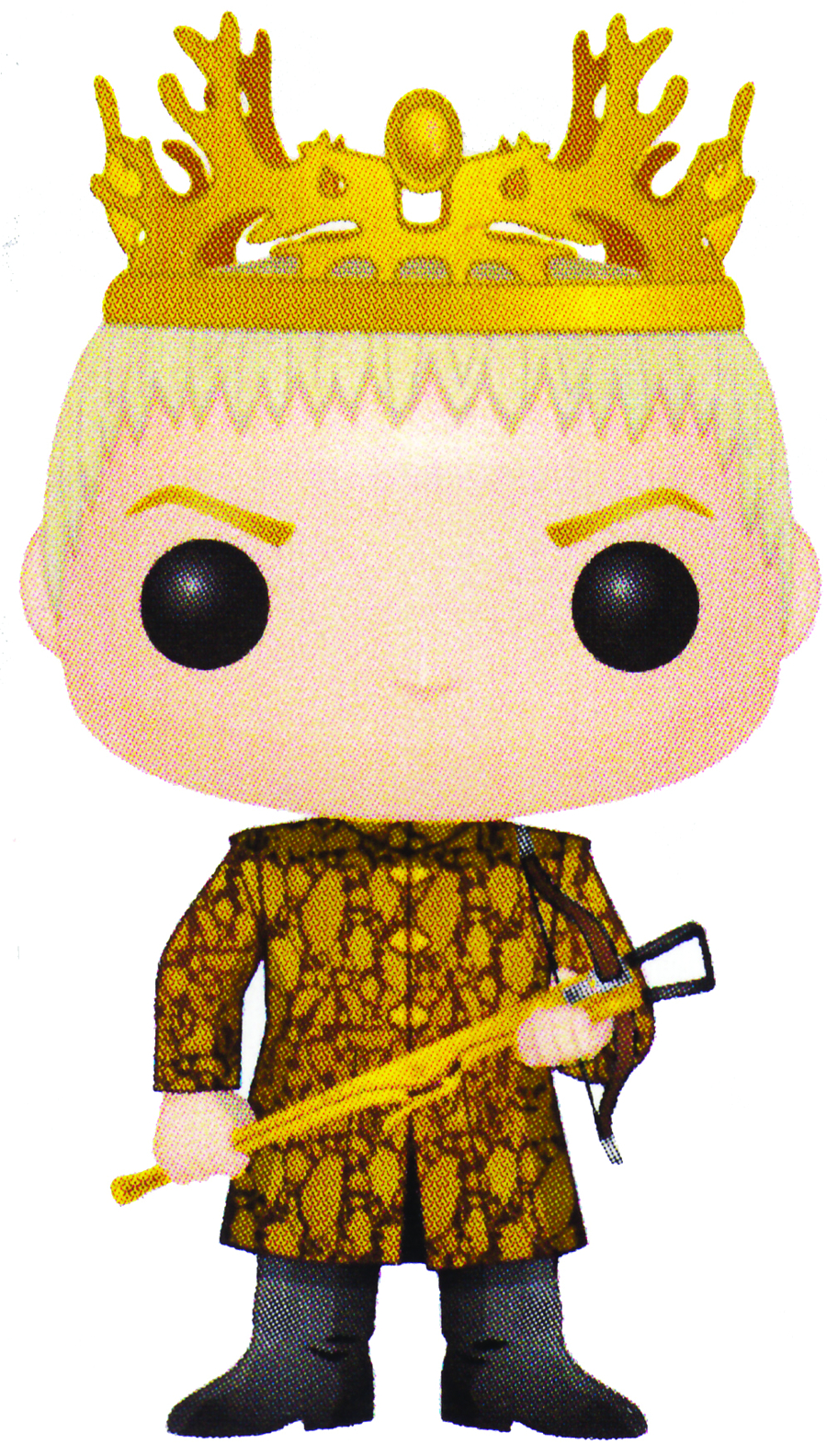 JAN142252
When one chooses to play the game of thrones, they face two outcomes - they win or they die! The characters of HBO's blockbuster series Game of Thrones, based on George R.R. Martin's best-selling fantasy novels, come to life with the third series of POP! Game of Thrones Vinyl Figures from Funko. These 3 3/4" figures recreate series characters such as Brienne of Tarth, the dragon Drogon, the direwolf Ghost, Hodor, King Joffrey, Tyrion Lannister (with facial scar and in battle armor), Tywin Lannister, or Ygritte. Each figure features Funko's unique design, rotating heads, and articulation. Collect all the figures in the series and stage your own game of thrones for Westeros on your desk! Window box packaging.
In Shops: Feb 26, 2014
SRP: $10.99
ORDER WISH LIST