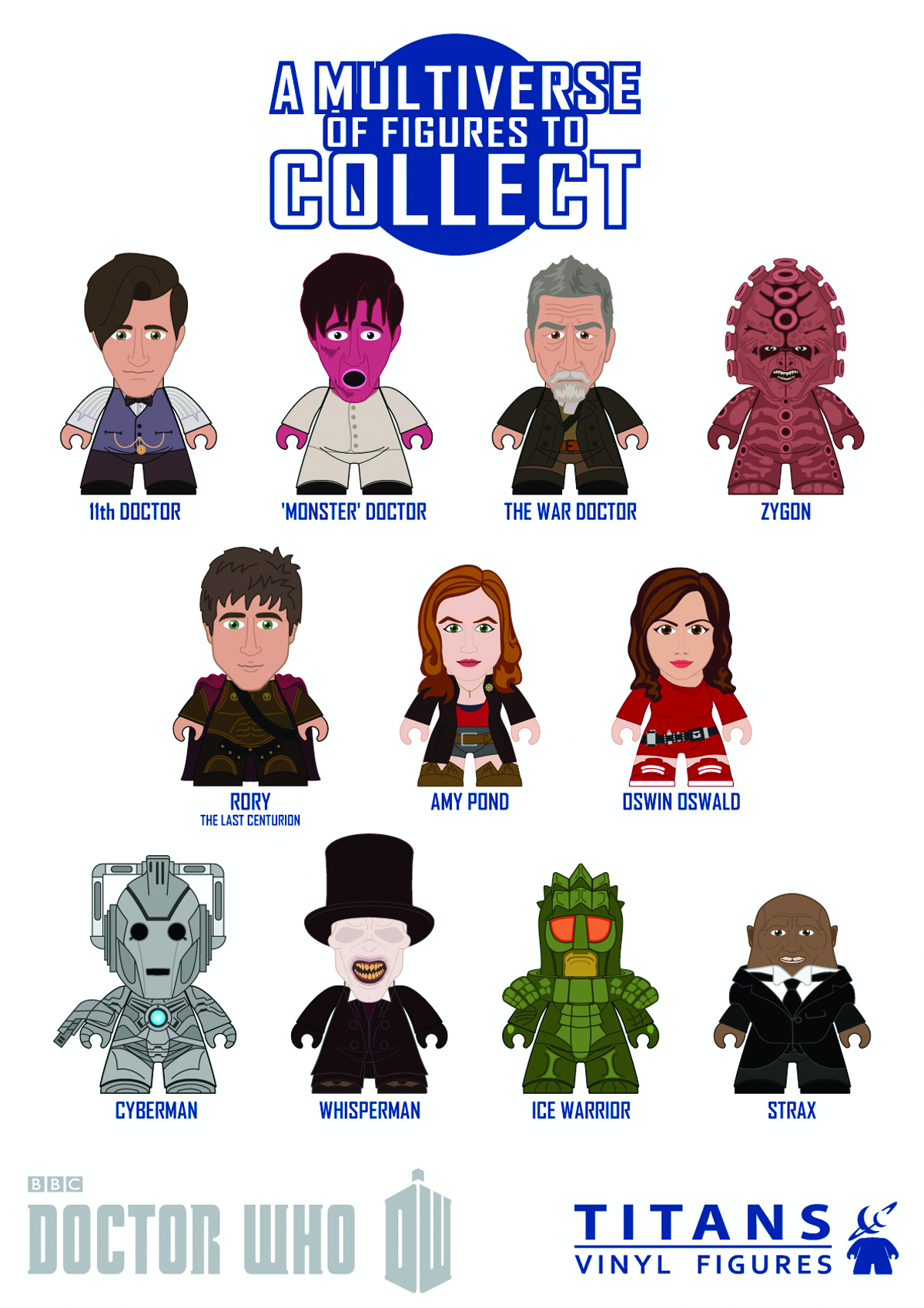 JAN142092
Celebrate the world's favorite space-and-time-traveling adventurer with the TITANS from the BBC and Titan Merchandise, a multiverse of figures to collect! The second collection of eleventh Doctor 3" TITANS, features (by popular demand) all of the 11th Doctor's companions, The War Doctor (played by Sir John Hurt) from "The Day of the Doctor," the newly designed Cybermen from" Nightmare in Silver," the ever-ready, uncompromising ally Strax, and one yet-to-be-revealed surprise figure. Each figure is 3" blind-boxed and some come with a character specific accessory.
In Shops: Sep 24, 2014
SRP: $9.99
View All Items In This Series