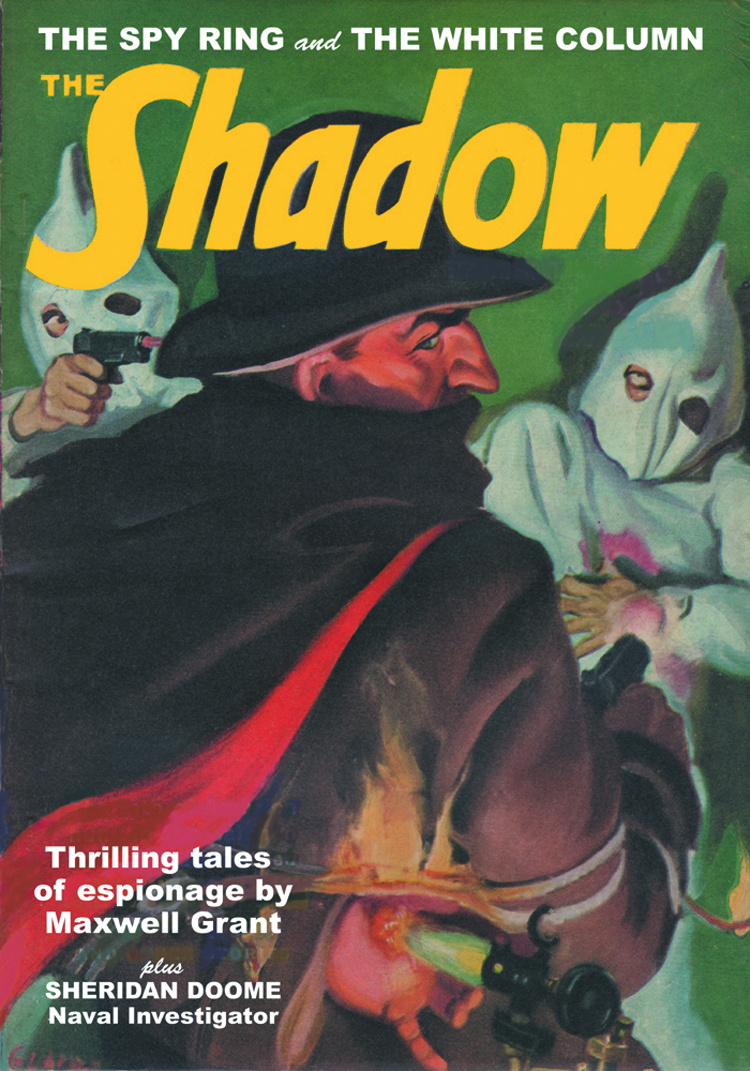 JAN141518
(W) Maxwell Grant, Walter B. Gibson, Will Murray, Ted Tinsley (A) Earl Mayan, Edd Cartier (CA) Graves Gladney
The Knight of Darkness battles saboteurs and Fifth Columnists in two classic pre-War tales of espionage by Walter B. Gibson and Theodore Tinsley writing as "Maxwell Grant"! First, The Shadow teams with Myra Reldon and the real Lamont Cranston to defeat Velma Thane and her international "Spy Ring"! Then, America's future hangs in the balance as Nazi saboteurs of "The White Column" attempt to cripple our nation's military defenses! BONUS: a Shadow espionage thriller from the Golden Age of Radio, plus a classic adventure of Sheridan Doome, Naval Investigator by Steve Fisher (writing as "Stephen Gould")! This deluxe pulp reprint showcases the original color pulp covers by Graves Gladney, the classic interior illustrations by Edd Cartier and Earl Mayan, plus historical commentary by Will Murray.
In Shops: Mar 05, 2014
SRP: $14.95
View All Items In This Series
ORDER SUBSCRIBE WISH LIST