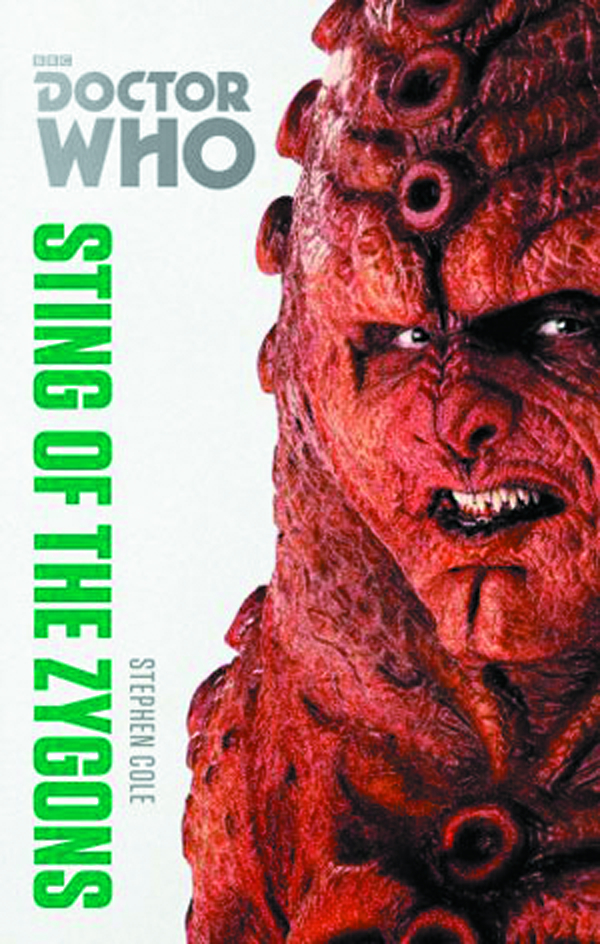 JAN141494
(W) Stephen Cole
A classic novel starring the tenth Doctor and the Zygons, back in print! The TARDIS lands the Doctor and Martha in the Lake District in 1909, where a small village has been terrorised by a giant, scaly monster. The search is on for the elusive 'Beast of Westmorland', and explorers, naturalists and hunters from across the country are descending on the fells. King Edward VII himself is on his way to join the search, with a knighthood for whoever finds the Beast. But there is a more sinister presence at work in the Lakes than a mere monster on the rampage, and the Doctor is soon embroiled in the plans of an old and terrifying enemy. And as the hunters become the hunted, a desperate battle of wits begins - with the future of the entire world at stake.
In Shops: Mar 12, 2014
SRP: $12.99
ORDER WISH LIST