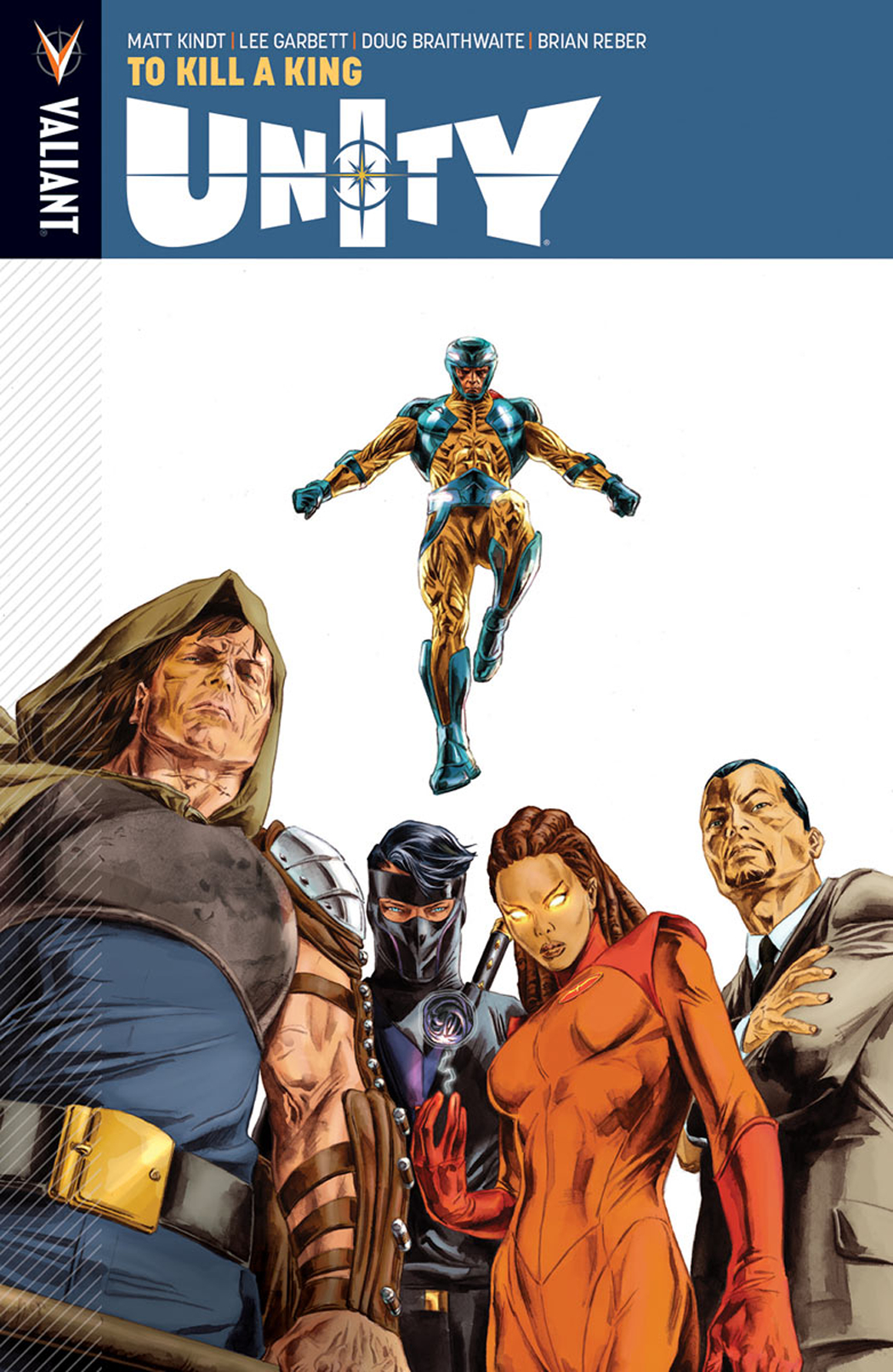 JAN141356
(W) Matt Kindt (A/CA) Doug Braithwaite
To kill a king...they created an army. The world's most dangerous man, Toyo Harada, has been struck by the one thing he never thought possible - fear. Halfway across the globe, a new power threatens to topple modern civilization and, to preempt the cataclysm that is to come, Harada will unite the most unforgiving team the world has ever known - UNITY. Their mission: defeat the threat responsible for the destruction of MI-6, the decimation of an alien world, and the occupation of Eastern Europe... Unseat the warrior king armed with the universe's most powerful weapon... Kill X-O Manowar!
Collecting UNITY #1-4 by New York Times best-selling writer Matt Kindt (Mind MGMT) and superstar artist Doug Braithwaite (Justice), discover the greatest heroes of the Valiant Universe right here with the landmark first arc of the chart-topping series that Ain't It Cool News calls "completely satisfying."
In Shops: Mar 12, 2014
SRP: $14.99
View All Items In This Series
ORDER WISH LIST