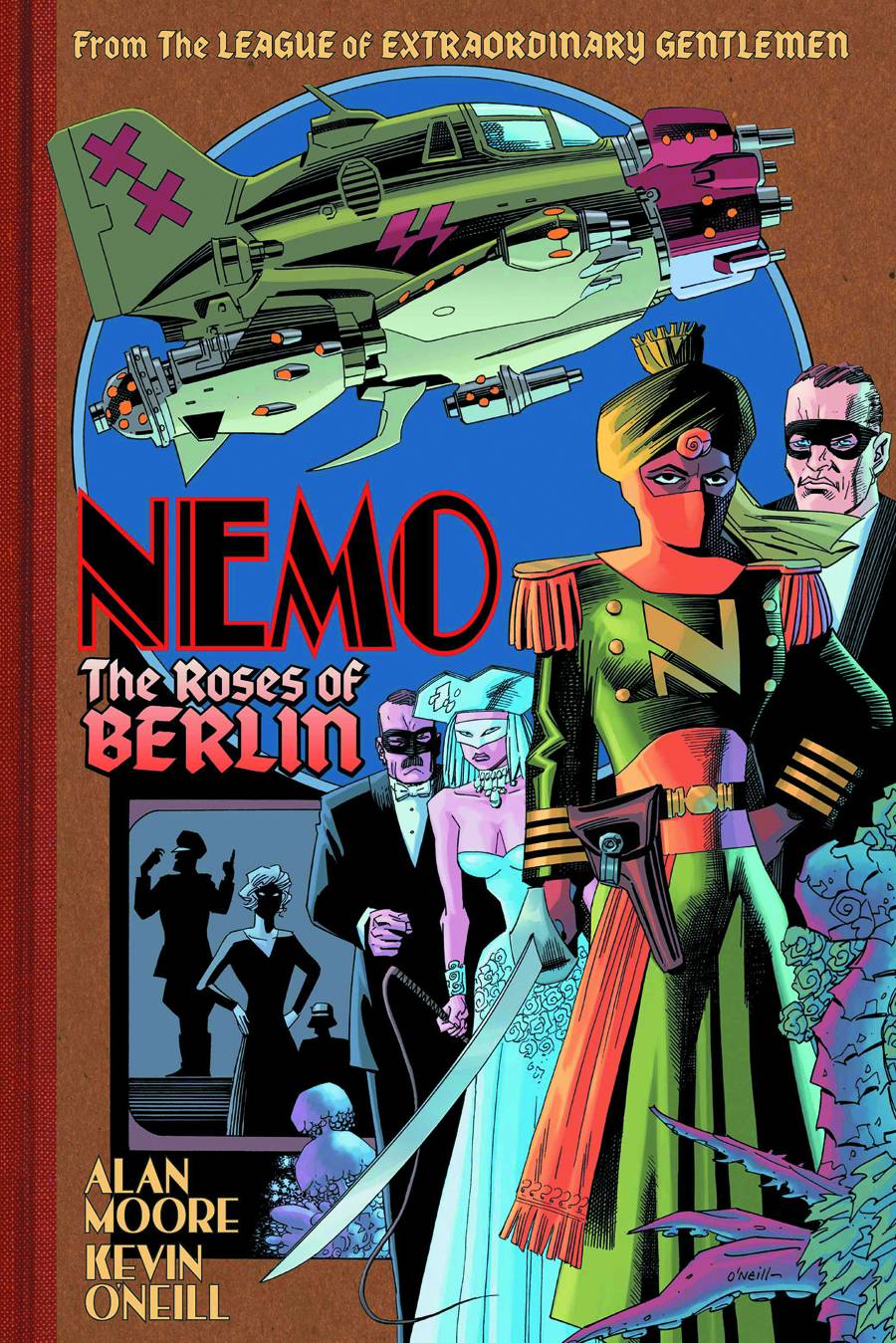 #
JAN141334
(W) Alan Moore (A/CA) Kevin O'Neill
It's now 1941, and with her daughter strategically married into the family of aerial warlord Jean Robur, Janni's raiders have only limited contact with the military might of the clownish German-Tomanian dictator Adenoid Hynkel. But when the pirate queen learns that her loved ones are held hostage in the nightmarish Berlin, she has no choice save to intervene directly, travelling into the belly of the beastly metropolis. Within that alienated city await monsters, criminals and legends, including the remaining vestiges of Germany's notorious "Twilight Heroes," a dark Teutonic counterpart to Mina Murray's League of Extraordinary Gentlemen.
In Shops: Mar 19, 2014
SRP: $14.95
ORDER WISH LIST