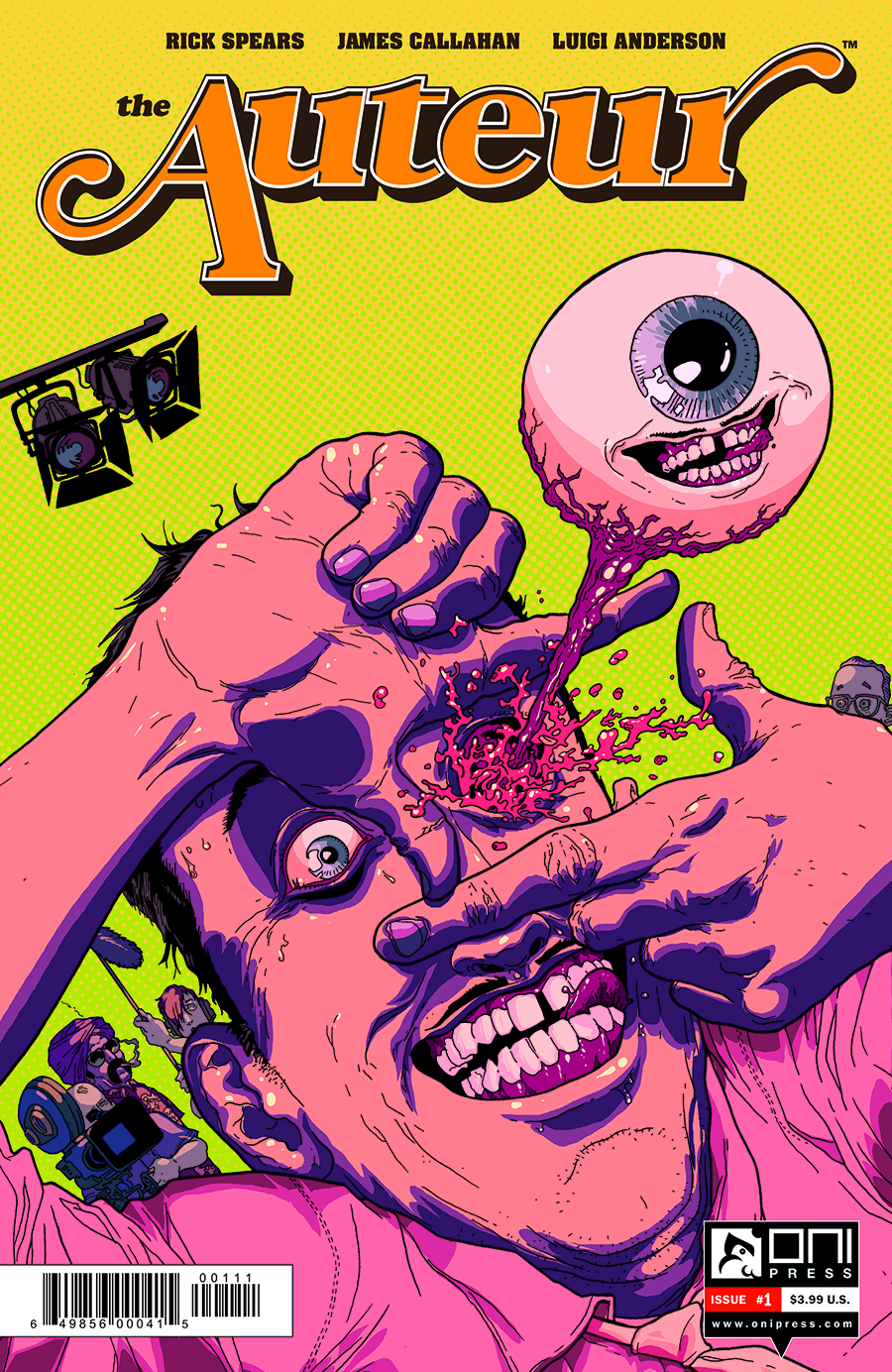 JAN141257
(W) Rick Spears (A/CA) James Callahan
Fresh off the biggest bomb in Hollywood history, disgraced and desperate producer Nathan T. Rex enters a downward spiral of drugs and depravity in a quest to resurrect his career and save his soul. Over budget and behind schedule on the latest installment of the horror franchise, PRESIDENTS DAY, T. Rex is backed into a corner by bad publicity, a crap project, and a jerk studio exec, but finds salvation at a strip club by huffing glue, and a chance encounter with cable news. Welcome to the most deranged, notorious, and hilarious comic of 2014! We apologize in advance.
In Shops: Mar 05, 2014
SRP: $3.99
View All Items In This Series