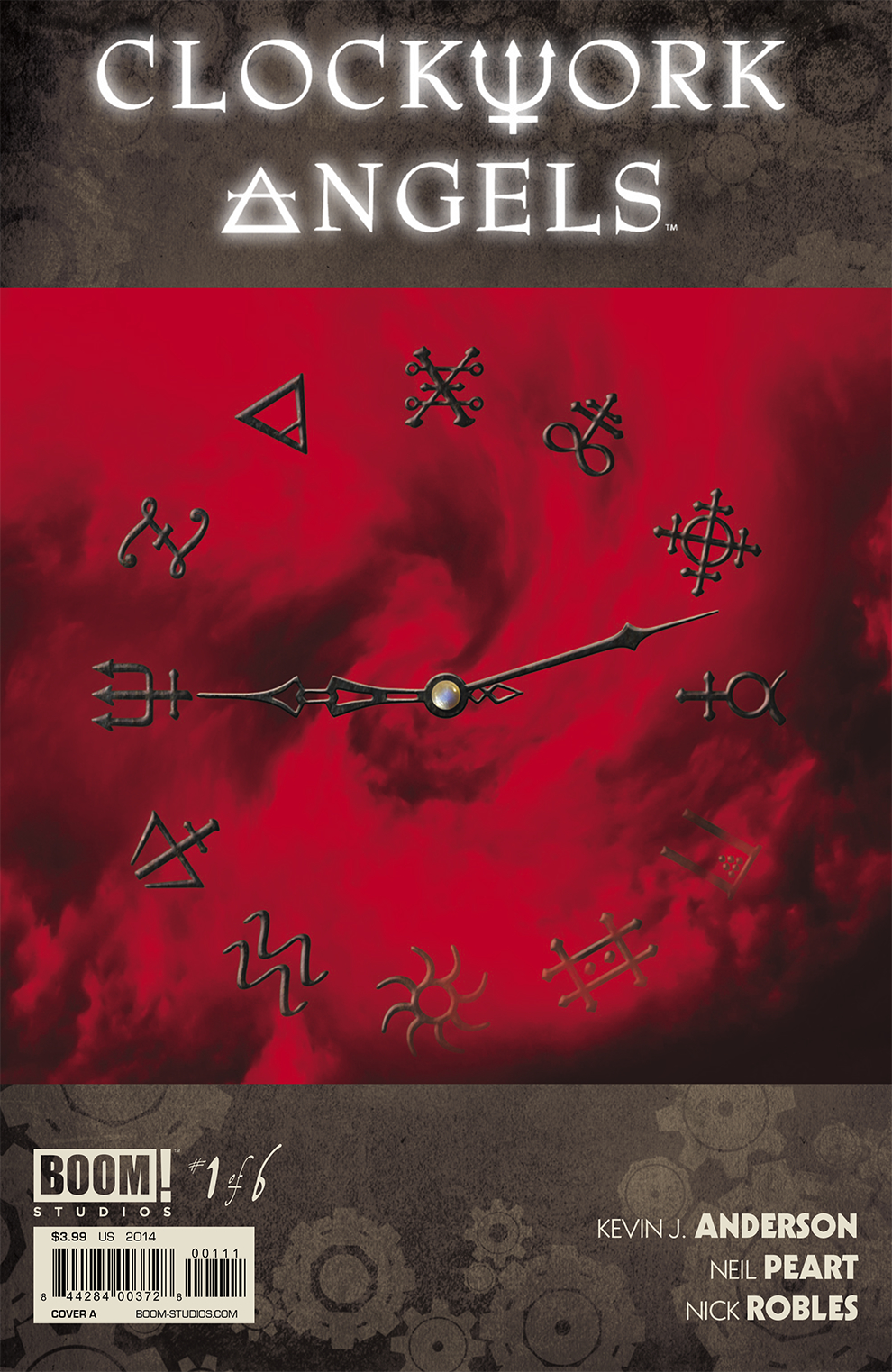 JAN140981
(W) Neil Peart, Kevin J. Anderson (A) Nick Robles (CA) Hugh Syme
WHY WE LOVE IT
Rush's Clockwork Angels is a testament to the band's creative
versatility, successful as a concept album, novel and international
tour. Now Rush drummer and lyricist Neil Peart and New York Times
bestselling author Kevin J. Anderson are bringing the story of
Clockwork Angels to comics, where newcomer artist Nick Robles
will bring the journey of Owen Hardy to visual life!
WHY YOU'LL LOVE IT
Die-hard Rush fans have longed for Peart's narrative songwriting to
be adapted into comic book form for decades, but fans of steampunk
fantasy will enjoy journeying into the world Albion thanks to
Anderson's skilled storytelling.
WHAT IT'S ABOUT
Owen Hardy, like all the people of Albion, has lived his whole life under
the rule of The Watchmaker. His entire life has been planned down to
the exact second. But what happens when a young boy decides that
things should not always goes as planned?
In Shops: Mar 19, 2014
SRP: $3.99
View All Items In This Series
ORDER WISH LIST