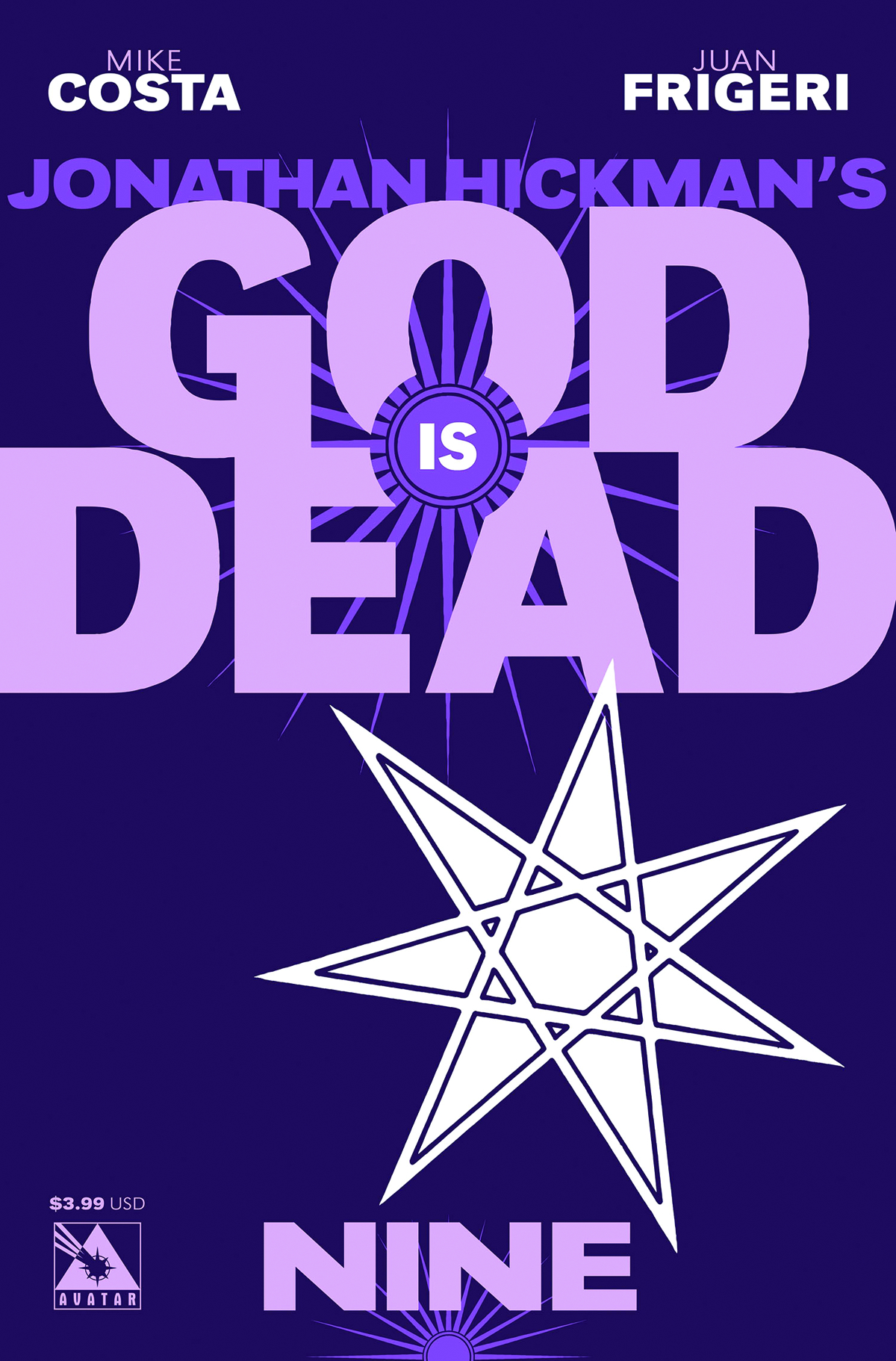 JAN140951
(W) Mike Costa (A) Juan Frigeri (CA) Jacen Burrows
Man's hubris truly does know no bounds.  Albert has negotiated a coalition of gods to turn their wrath upon Gaia in an attempt at breaking her hold on the world.  But can his sight be truly that finite to not recognize the tsunami of misery his actions may bring down upon the world?  And as the titans prepare to battle for dominance, Ivy finds the shocking secret that turned a group of scientists into the gods that would inherit the earth.    MIKE COSTA turns the intensity and darkness up a notch with his dramatic new stories about humanity at the brink.  Available with not only a Regular cover but also anEnd of Days cover, Iconic, and Gilded Order Incentive copies by Jacen Burrows and a special Carnage Wraparound by German Nobile.
In Shops: Mar 19, 2014
SRP: $3.99
View All Items In This Series