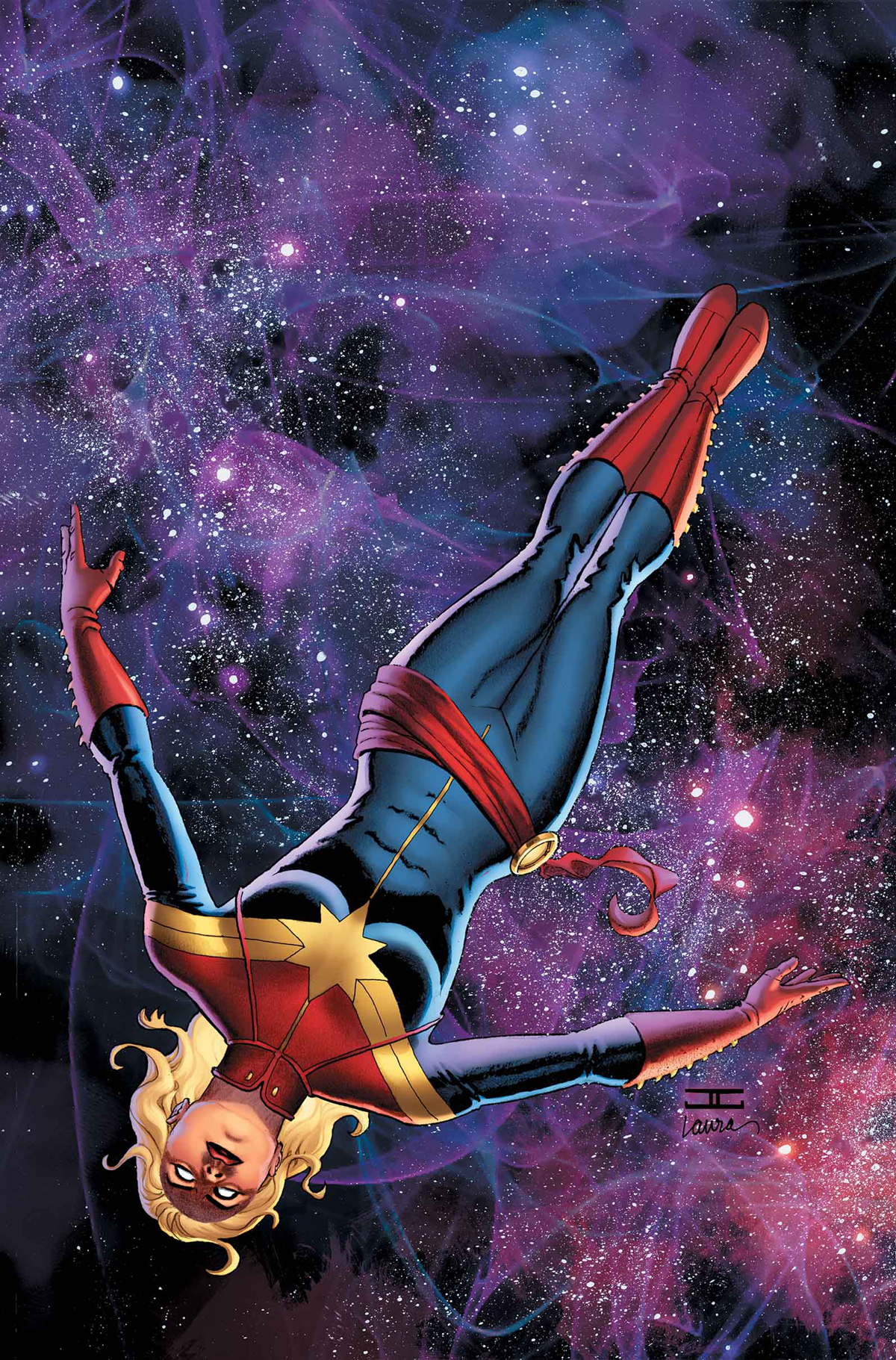 JAN140670
(W) Kelly Sue DeConnick (A) David Lopez (CA) John Cassaday
Hero! Pilot! Avenger! Captain Marvel, Earth's Mightiest Hero with death-defying powers and an attitude to match, is back and launching headfirst into an all-new ongoing series! As Captain Marvel, a.k.a. Carol Danvers, comes to a crossroads with a new life and new romance, she makes a dramatic decision that will alter the course of her life and the entire Marvel Universe in the months to come. It's time to go HIGHER, FURTHER, FASTER and more in the most super-powered comic around!
In Shops: Mar 12, 2014
SRP: $3.99
View All Items In This Series