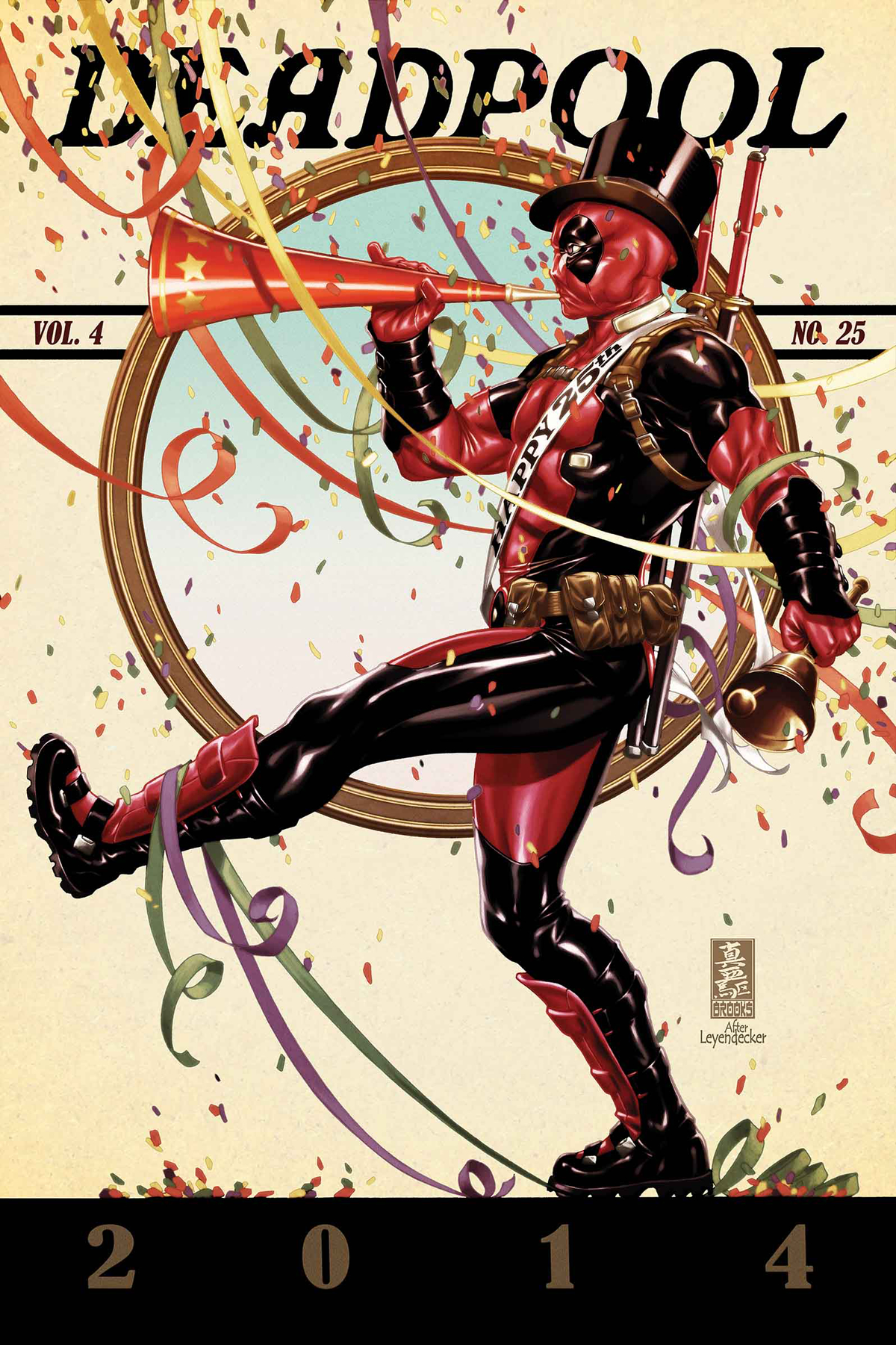 JAN140654
(W) Gerry Duggan, Brian Posehn (A) Mike Hawthorne (CA) Mark Brooks
DEADPOOL REACHES RECORD-BREAKING ISSUE #25!
"Deadpool vs. S.H.I.E.L.D.," Part 5 of 5.
First Marvel NOW! title to reach the landmark 25th issue! Avengers doesn't count. Because. When Deadpool re-killed the reanimated dead Presidents of the United States, Agent Gorman of S.H.I.E.L.D. stiffed him on his well-earned pay. Now, his vengeance is finally wrought! But now that former S.H.I.E.L.D Agent Preston's consciousness is stuck inside his head, will she be ok with this wreaking? And is all this SHIELD stuff a shameless cash in because of the TV show? Ask guest-star AGENT COULSON!
In Shops: Mar 12, 2014
SRP: $2.99
View All Items In This Series
ORDER WISH LIST