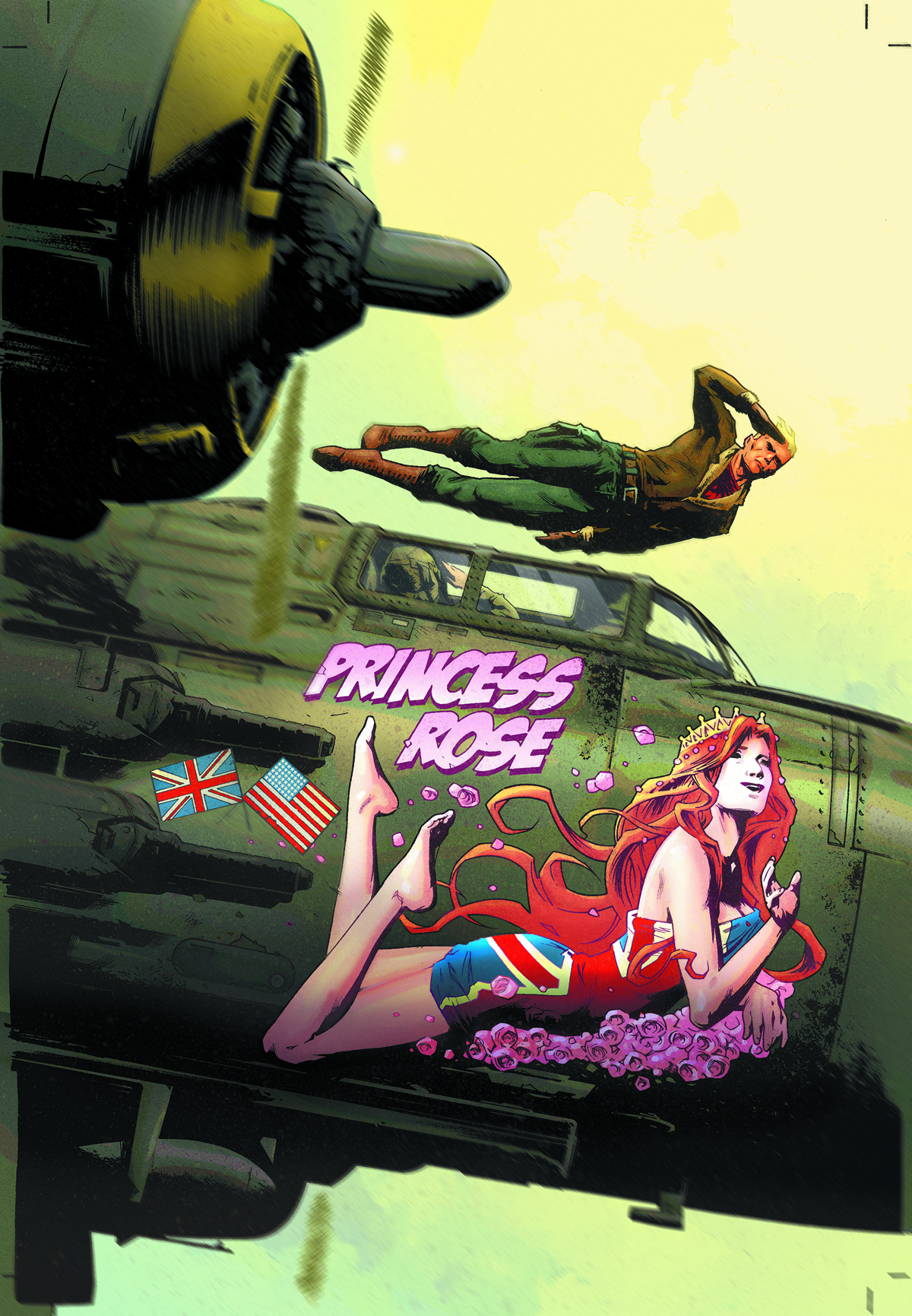 JAN140384
(W) Rob Williams (A/CA) Simon Coleby
As THE ROYALS continues, the truce is broken thanks to Prince Henry's actions during the Battle of Britain! Now, Royals across the world are entering World War II - and that includes the oldest and most powerful of them all, the immortal Emperor Jimmu of Japan. Meanwhile, Henry, Arthur and Rose travel to the United States to attempt to convince President Roosevelt to join the conflict. Will Arthur's drunkenness and Henry's attraction to his sister torpedo the alliance? And who is the uninvited visitor on the White House lawn?
In Shops: Mar 12, 2014
SRP: $2.99
View All Items In This Series
ORDER WISH LIST