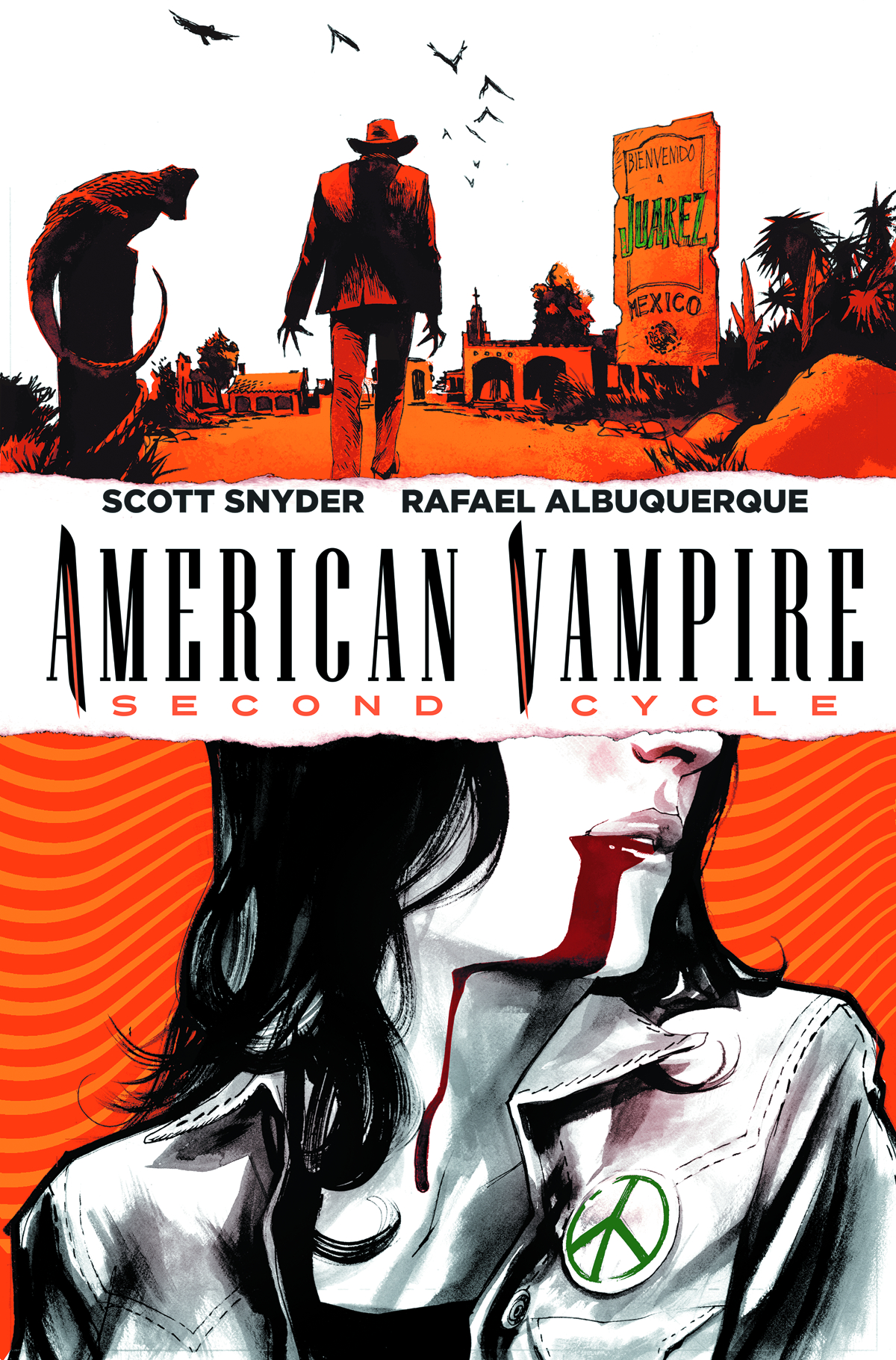 JAN140366
(W) Scott Snyder (A/CA) Rafael Albuquerque
The Eisner Award-winning, critically acclaimed series is back! #1 New York Times best-selling writer Scott Snyder (BATMAN, SUPERMAN UNCHAINED, THE WAKE) and acclaimed artist Rafael Albuquerque (ANIMAL MAN) bring their bloodsoaked opus into the 1960s!
The story so far...
Pearl Jones is a new kind of vampire, one of an American breed that can walk in the sun and has rattlesnake fangs. She's beautiful and powerful - and she's hiding from a tragic past...
Skinner Sweet is an American vamp too - the kind you love to hate. He's good when he wants to be, but most of the time he's downright bad. He's Pearl's maker, but he's off in Mexico with an agenda of his own...
Will their two stories collide, or are they separated forever? And who is this new villain on the horizon, someone bloodier and more evil than anything seen in AMERICAN VAMPIRE before? Who is THE GRAY TRADER and what does his arrival mean for Skinner and Pearl?
Whether you're already a fan or interested in checking out this series, the extra-sized AMERICAN VAMPIRE: SECOND CYCLE #1 is the perfect jumping-on point!
In Shops: Mar 19, 2014
SRP: $3.99
View All Items In This Series
ORDER WISH LIST