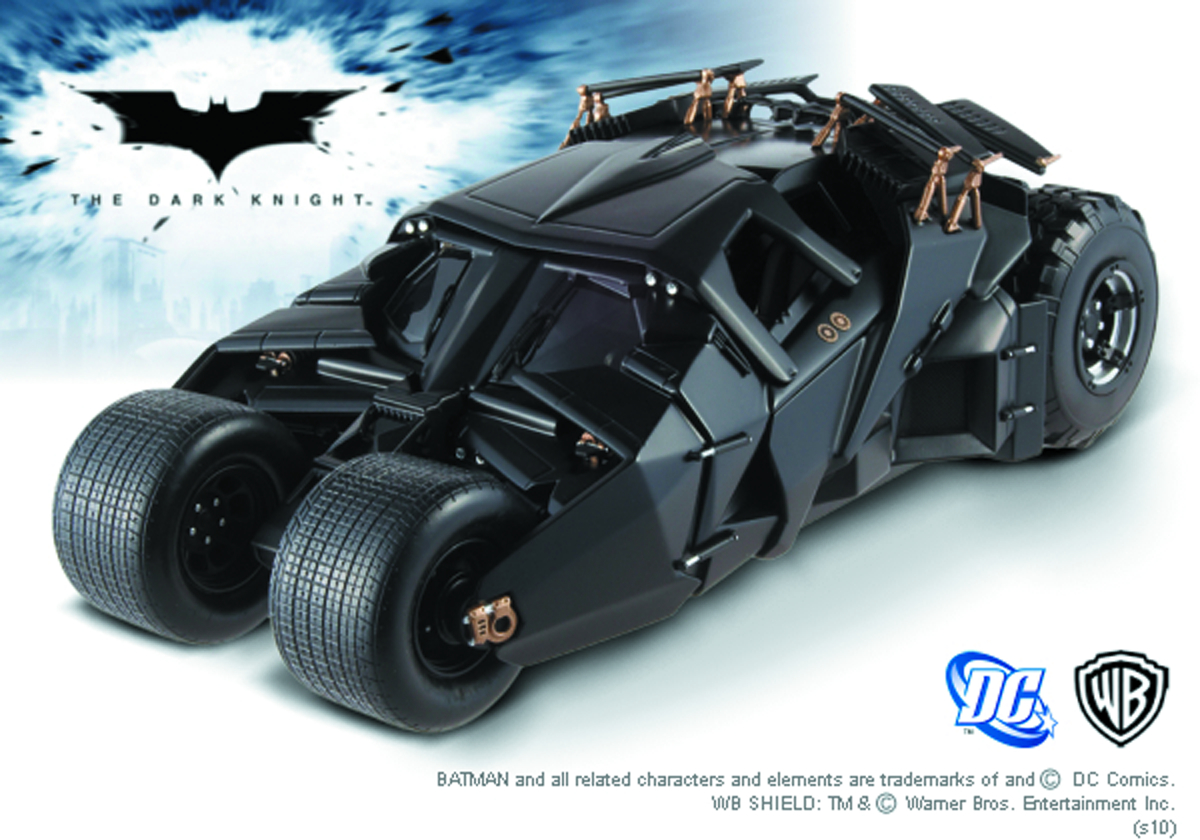 JAN138282
The Batmobile depicted in the Dark Knight film trilogy is a tank-like vehicle modified from a military vehicle called the "Tumbler". This Hot Wheels Elite Cult Classics model reproduces with extreme precision every detail of one of the most realistic Batmobiles ever brought to the screen. Featuring opening canopy and other details, this die-cast is a limited edition of 5,000 pieces. Window box packaging.
In Shops: Feb 12, 2014
SRP: $199.99