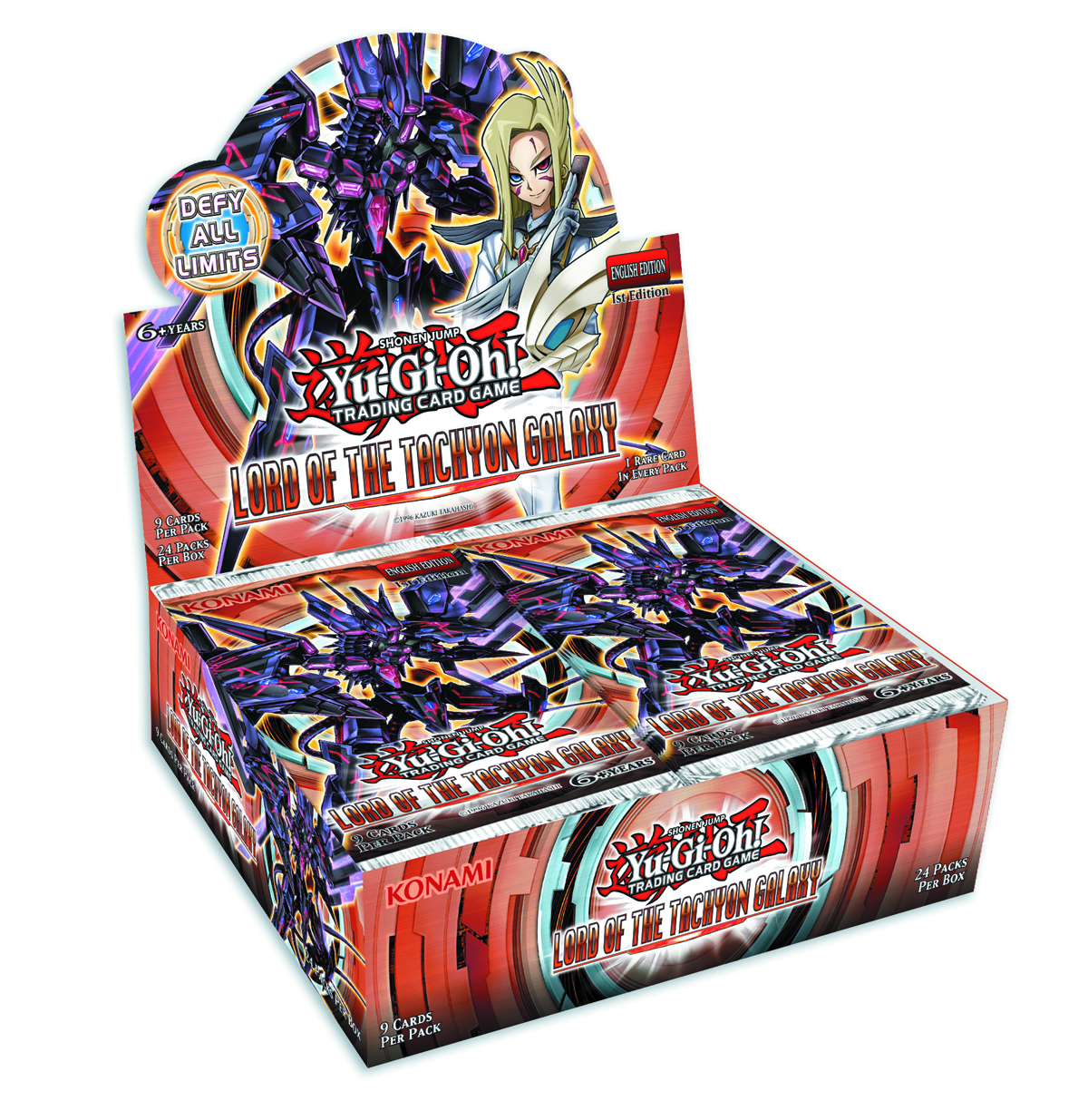 JAN138200
From Konami Digital Entertainment. The next 100-card core booster set is here! Lord of the Tachyon Galaxy breaks all barriers and introduces Number monsters that go beyond the 100 limit! Surpassing previous Xyz Monsters was not enough - the new Mecha Phantom Beasts make it easier to Xyz Summon high-ranking monsters! But Mecha Phantom Beasts aren't the only monsters in the skies, though. Harpies have been a favorite of Duelists since they first appeared in 2002, and now they're finally getting new monsters in this set, including their very own Xyz Monster! Lord of the Tachyon Galaxy is also chock full of brand new cards for popular decks like Fire Fists, Mermails, Prophecy, Madolche, Noble Knights, Constellars, Evilswarm, Dragons, and Fire Kings. Plus the new Rank-Up-Magic card gives a new way to upgrade Xyz Monsters. This set is one of the most versatile sets that work well with Wave 2.5 tins, Abyss Rising, Return of the Duelist, the latest release of Cosmo Blazer, Onslaught of the Fire Kings SD as well as the upcoming launch of Hidden Arsenal 7: Knight of Stars! The Yu-Gi-Oh! Trading Card Game will never be the same again! Scheduled in stores 05/15/13. (1184)