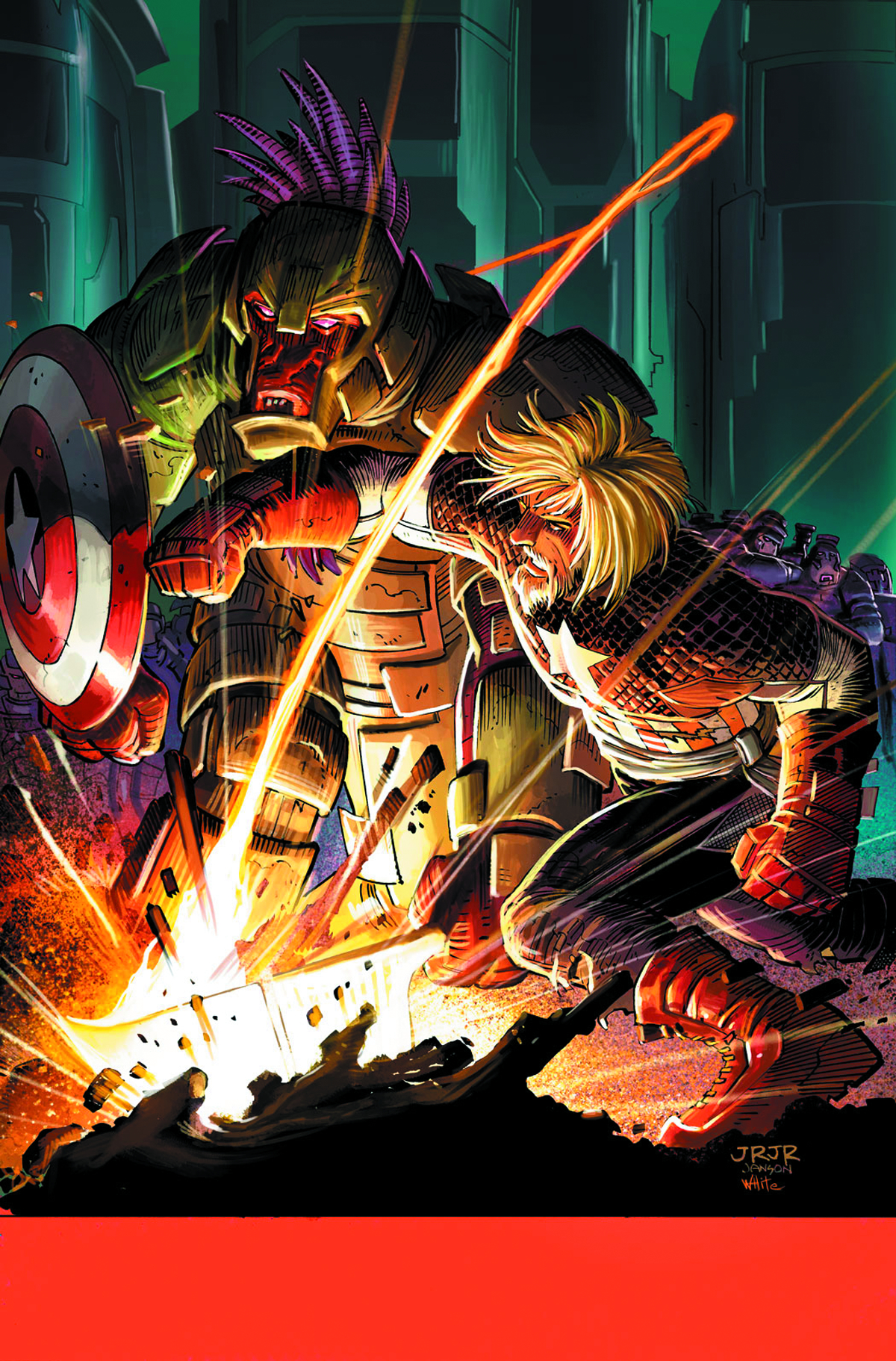 JAN138106
(W) Rick Remender (A/CA) John Romita
From Marvel Comics. 1930: Witness the birth of a legend! How did Steve Rogers, a 98-lb. weakling, earn his courage? NOW: With the fate of a world hinging on his victory Captain America must defeat the barbarian lord of the Phrox! Meanwhile: Arnim Zola's plans move forward, cursing Steve Rogers for years to come. Scheduled in stores 03/20/13. (161)