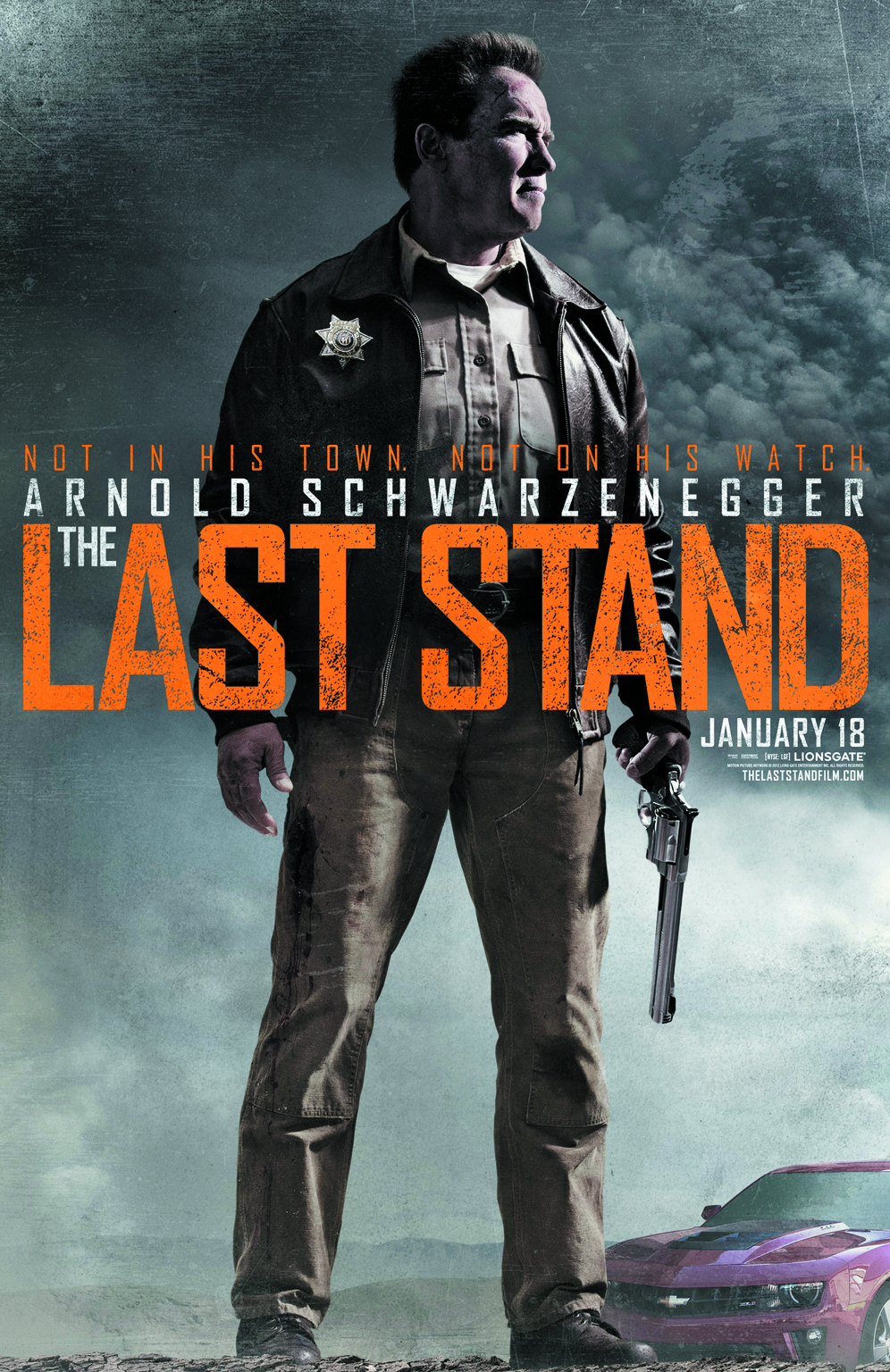 JAN132096
From LionsGate Studios! The leader of a drug cartel busts out of a courthouse and speeds to the Mexican border, where the only thing in his path is a sheriff and his inexperienced staff, in Director Jee-woon Kim's The Last Stand, Arnold Schwarzenegger's first starring role since the end of his term as The Governator of California. Sparks and bullets will fly in this fast-paced actioner co-starring Forest Whitaker, Johnny Noxville, Luis Guzman, and Harry Dean Stanton. Available in Blu-Ray or DVD formats.