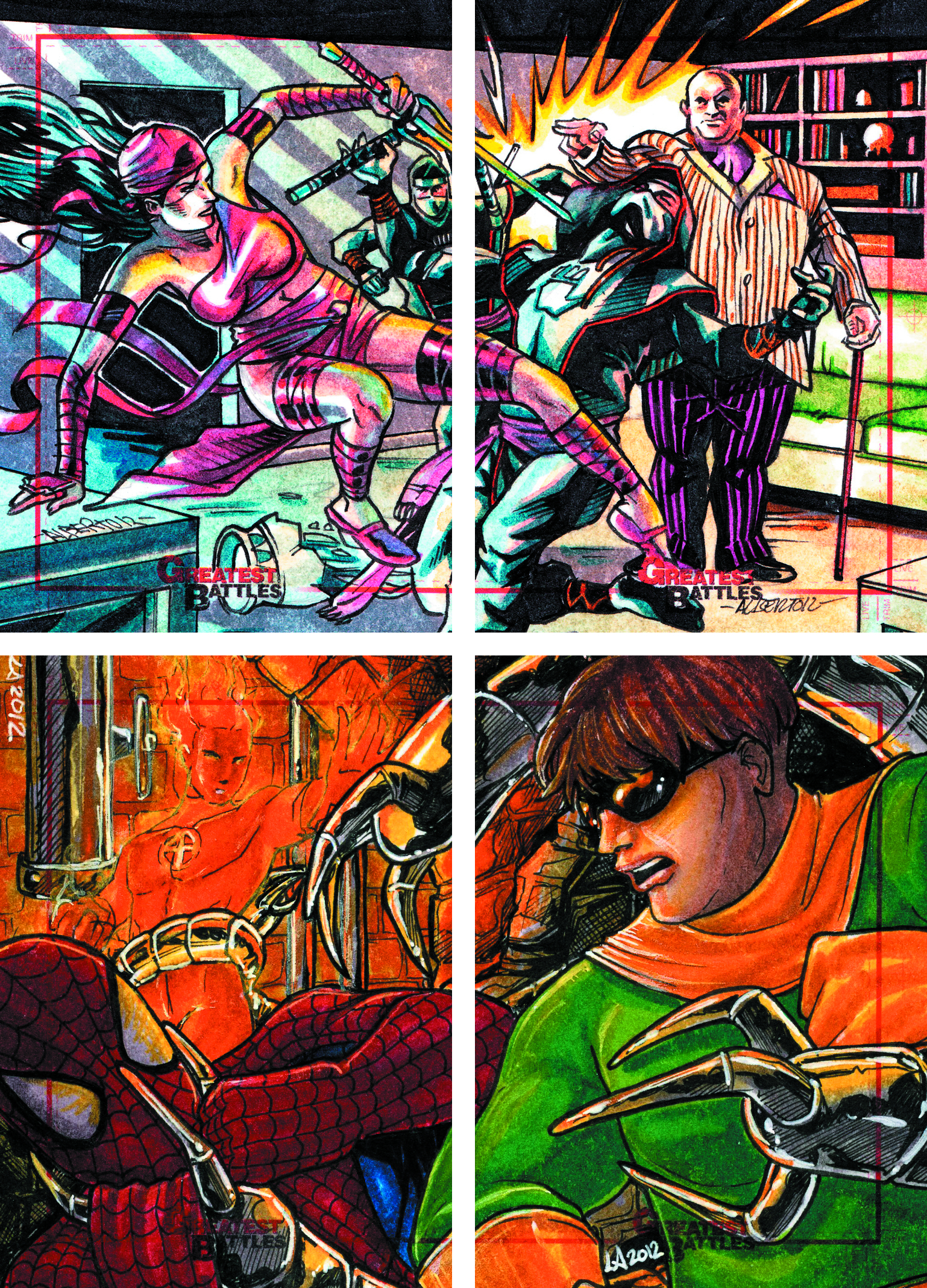 JAN131466
The greatest battles waged by Marvel's mightiest heroes are featured in Rittenhouse Archives' Marvel: Greatest Battles Trading Cards! The 90-card base set includes Iron Man, Spider-Man, Captain America, Thor, the Hulk, Wolverine, the Fantastic Four, Ms. Marvel, and many more as illustrated by Pablo Marcos, Anthony Tan, Andy Price, Cezar Razek, Charles Hall, Matias Streb, and others. For the first time ever, every box will contains a 2-card sketch puzzle. Eavery sketch card puzzle will feature at least 2 different characters, making this the most ambitious series of Marvel trading cards ever produced. The 2-card sketch puzzles include Spider-Man vs. the Green Goblin, the Hulk vs. the Thing, the Hulk vs. Wolverine, Elektra vs. Daredevil, Captain America vs. the Red Skull, and others! Then, store your collection in the official binder. 5 cards per pack, 24 packs per box.
In Shops: Apr 24, 2013
SRP: PI