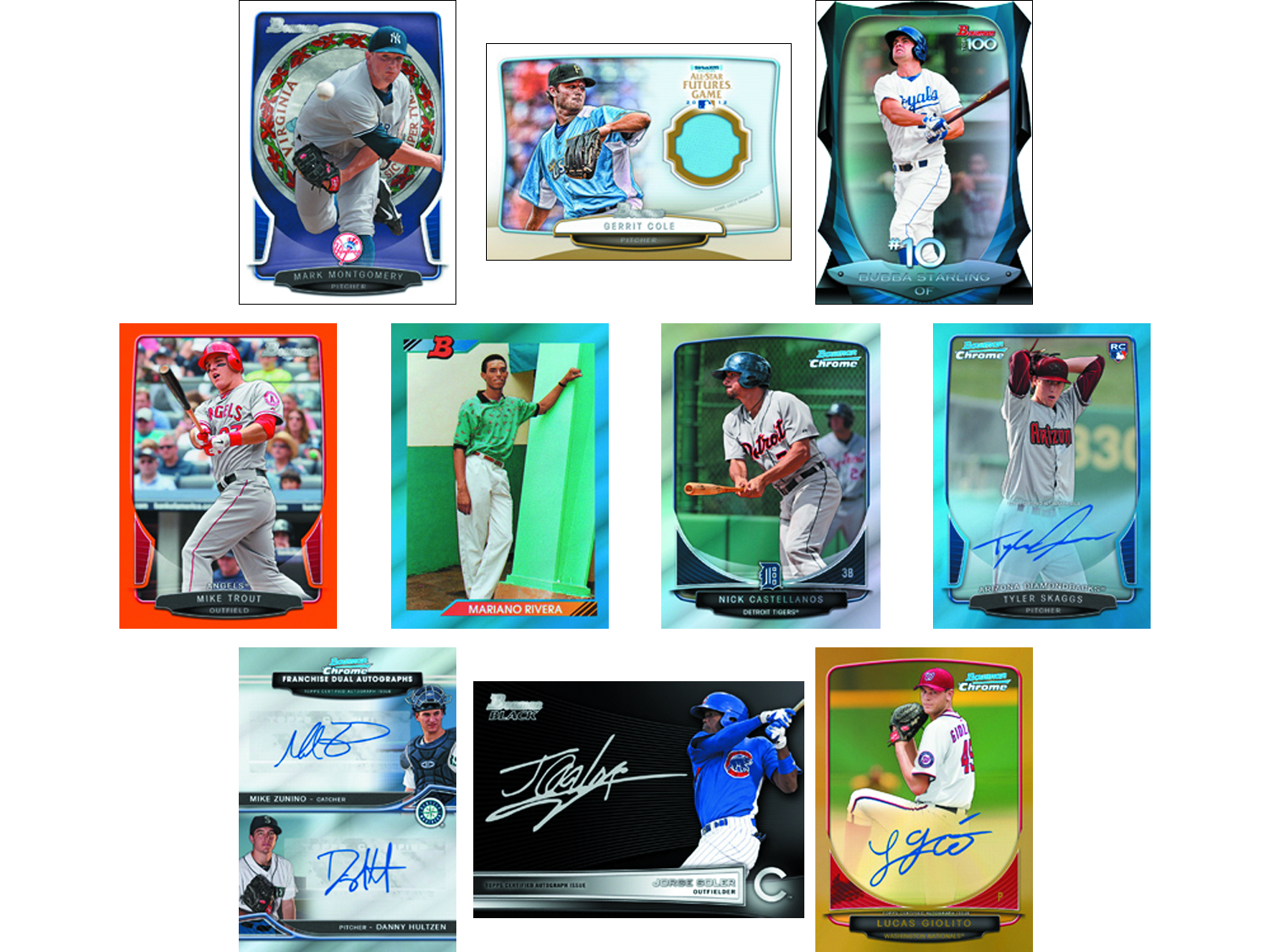 JAN131454
Bowman celebrates 65 years of baseball cards with 2013 Bowman Baseball with the Blue Sapphire Refractor program. The base set features both Veterans and Rookies with several levels of parallels, including State and Home Towns, Gold-Bordered, Blue-Bordered, Orange-Bordered, Red-Bordered, and Silver Ice. The top 100 prospects are featured in the Prospects subset, plus the "Cream of the Crop" of the diamond star in the Chrome Refractor cards. There are also Dual Franchise Refractor Autographs, Futures Game Relics, Ultimate Prospect Autographs, and the AFLAC/Perfect Game High School All-American autograph cards. 10 cards (5 Baseball, 2 Prospect, 2 Chrome Prospect, 1 Parallel) per pack, 24 packs per box. Also available in Jumbo Packs: 32 cards (16 Baseball, 8 Prospect, 6 Chrome Prospect, 1 Base Gold Parallel, 1 Bowman's Best) per jumbo pack, 12 packs per box.
In Shops: May 15, 2013
SRP: $14.99