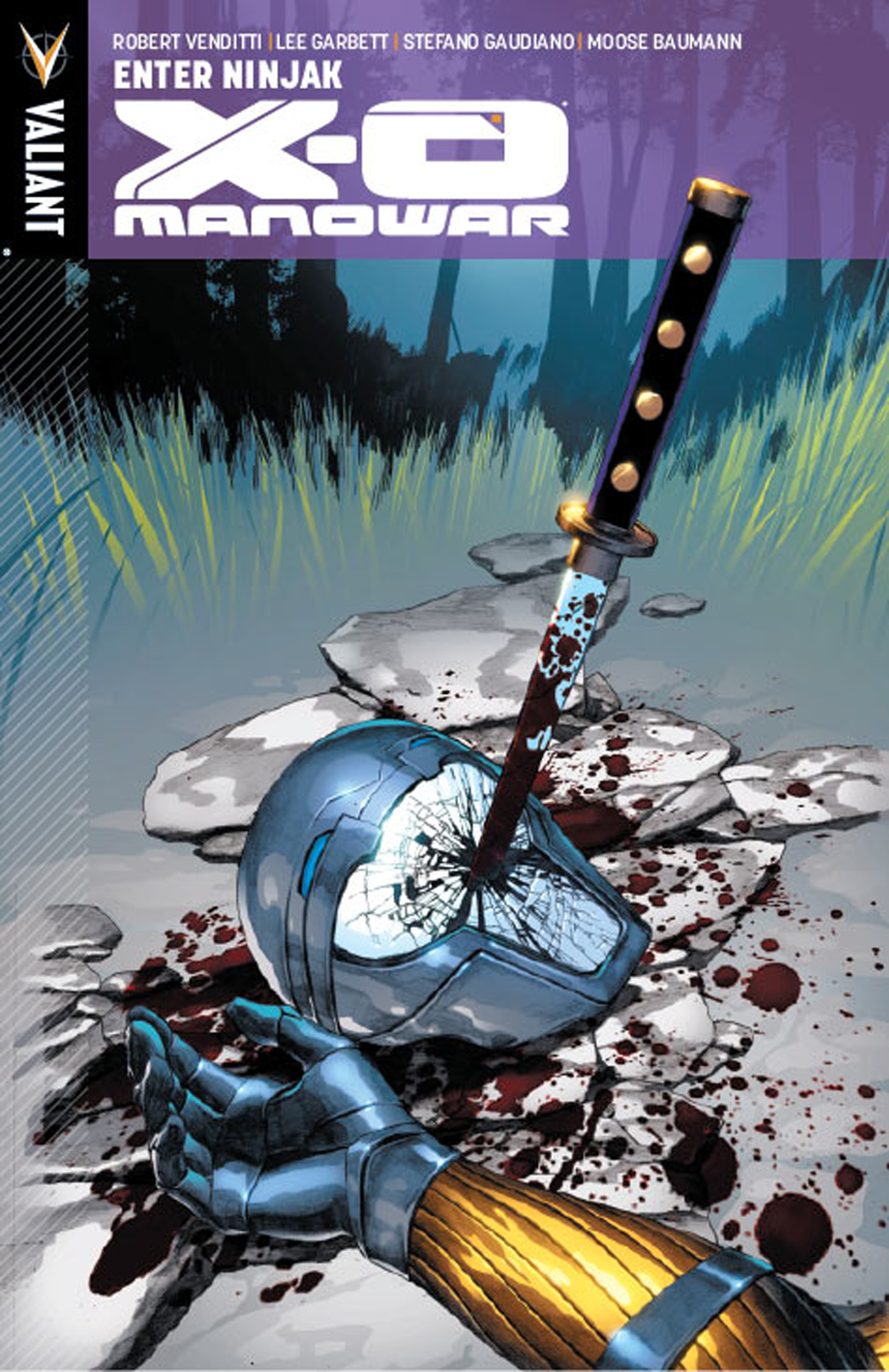 JAN131306
(W) Robert Venditti (A) Lee Garbett, Stefano Gaudiano (CA) Mico Suayan
X-O MANOWAR VS. NINJAK! X-O Manowar has returned to Earth - and now the world's most lethal intelligence agent has a new target. Hired by members of The Vine hidden deep within Earth's governments, Ninjak has been sent to bring back the Manowar armor at any cost. But what happens when the world's foremost weapons specialist engages the universe's most powerful weapon head on? And even if Ninjak can defeat the armor's defenses, does he stand a chance against the savage warrior that controls it? It's raw power versus stealth and cunning in the second thrilling volume of X-O Manowar - and the Valiant Universe will never be the same again.
From New York Times best-selling author Robert Venditti (The Surrogates) and acclaimed artist Lee Garbett (Batman & Robin), this volume collects the best-selling "Enter: Ninjak" storyline from X-O MANOWAR #5-8, featuring the debut of Valiant's next breakout hero!
In Shops: Apr 03, 2013
SRP: $14.99
View All Items In This Series
ORDER WISH LIST