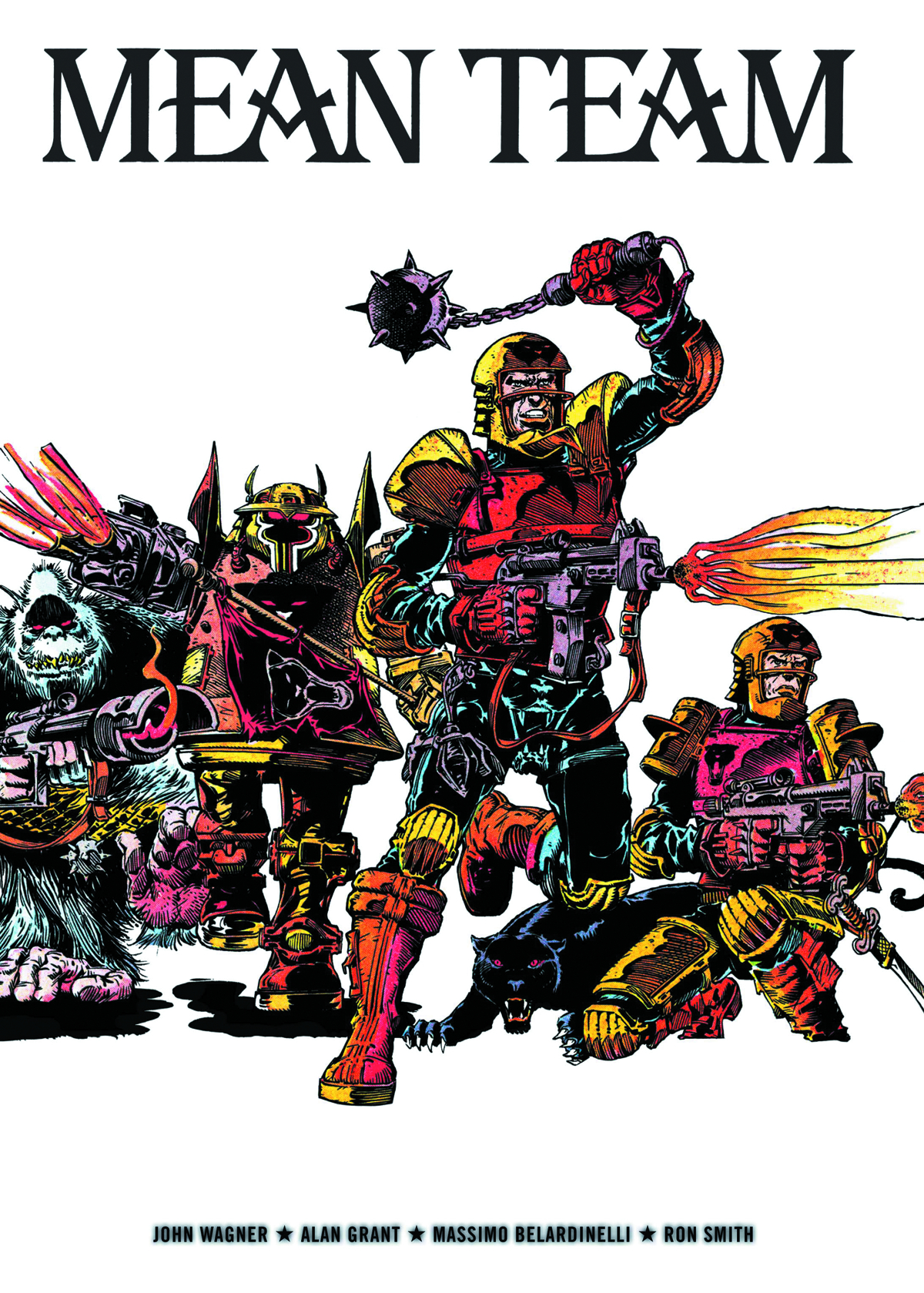 JAN131255
(W) John Wagner, Alan Grant, Alan Hebden (A/CA) Massimo Belardinelli
In the year 2886, Death-Bowl is the most popular sport in the galaxy. In the history of the game, "Bad" Jack Keller and his squad of hardened killers, known as the Mean Team, have racked up more wins than anyone else - their incentive being the hope of freedom! But team owner Richman Von is not so eager to lose him champions. So Jack, Amok the alien Beester, the robotic steelgrip and Henry Moon - the telepath trapped inside the body of a panther - will have to bring their battle out of the arenas and out into the big, wide world!
In Shops: Apr 17, 2013
SRP: $22.99