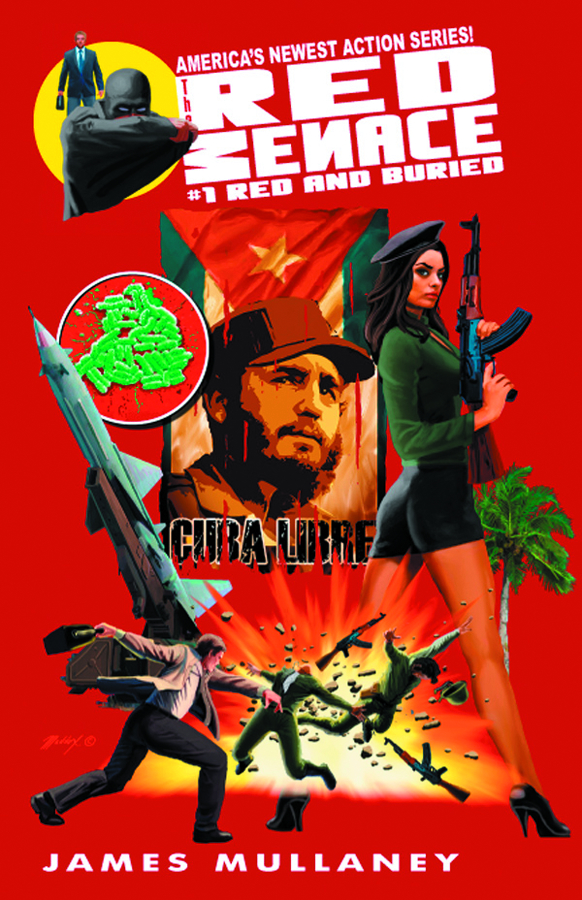 JAN131207
(W) James Mullaney (CA) Mark Maddox
In the 1950s, the mysterious masked figure was a shadow and a whisper in Cold War corridors from Moscow to Beijing. Where walked the Red Menace, America's enemies knew fear. And death. Then in 1960 the whisper grew silent. Twelve years later, Patrick "Podge" Becket thinks he's escaped the spy game for good, but into his restless retirement steps a ghost from his past; a bitter Russian colonel with nothing to lose and the means to wreak worldwide destruction. Aided by brilliant inventor and physician Dr. Thaddeus Wainwright, the Red Menace is reborn for a new generation!
In Shops: May 22, 2013
SRP: $6.99