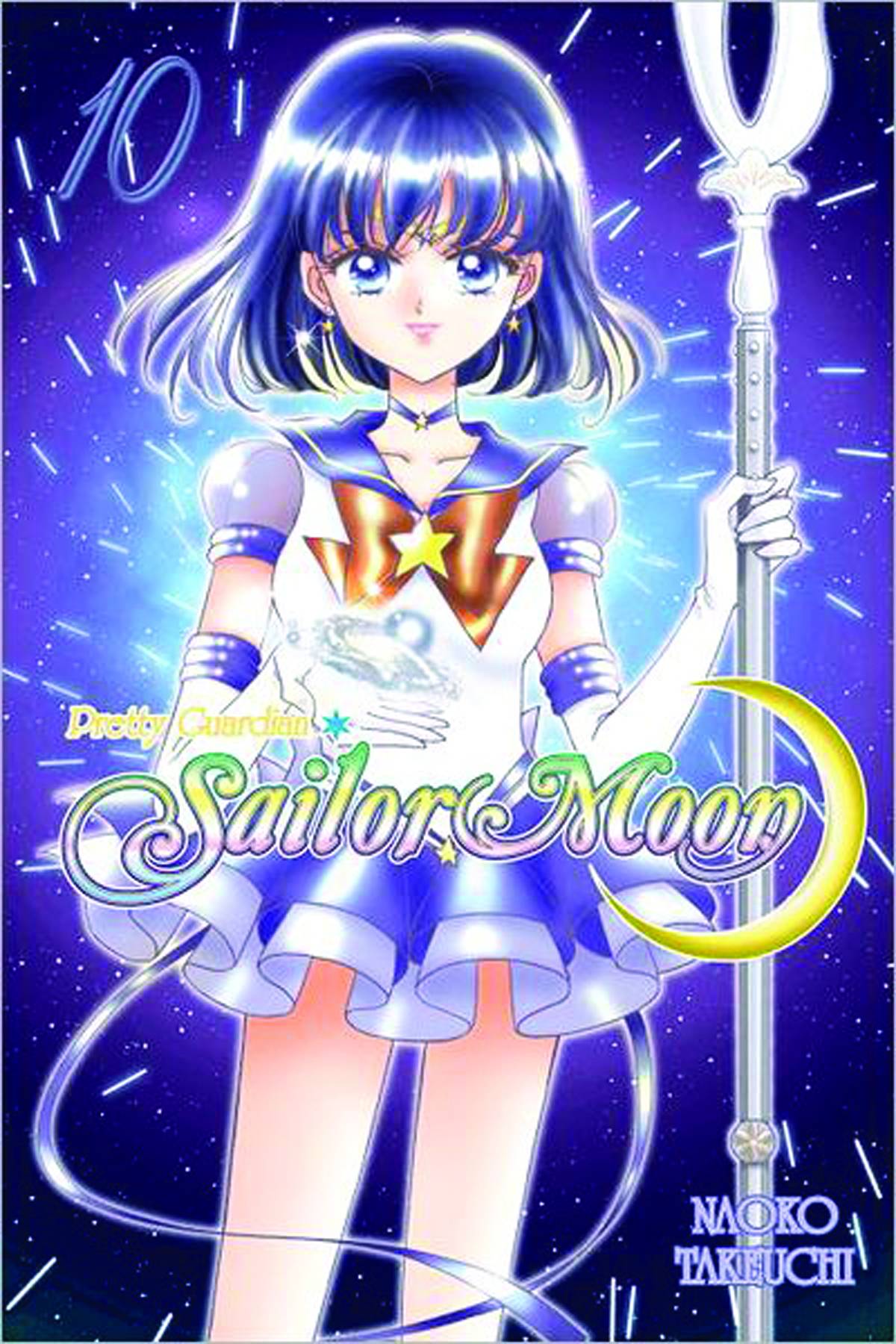 #
JAN131200
(W) Naoko Takeuchi (A/CA) Naoko Takeuchi
The threat of Dead Moon Circus is so great that the outer planet Guardians return to fight alongside their compatriots. But with Usagi now coughing up black blood as well, are they too late? And to make things worse, Queen Nehelenia's servant Zirconia casts another curse upon Usagi and Mamoru, sending them both back into childhood. However, Helios whisks away their spirits to Elysion, where they manage to break free and return to their true forms. After they rejoin their companions, the final showdown against Queen Nehelenia herself begins!
In Shops: Apr 03, 2013
SRP: $10.99
View All Items In This Series