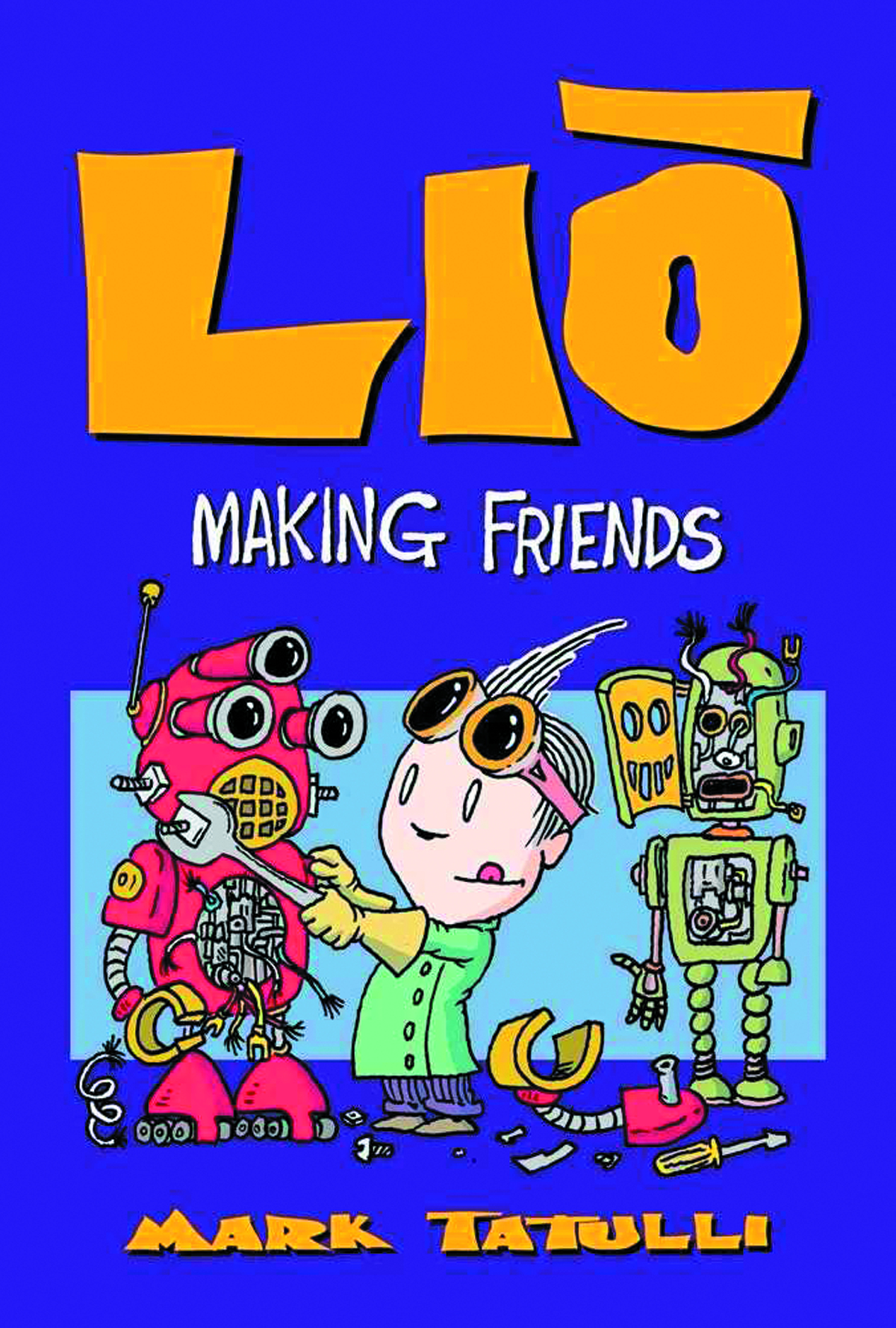 JAN130812
(W) Mark Tatulli (A/CA) Mark Tatulli
A curious young scientist and comic book fan, Lio is the defender of the defenseless and the inventor of a legion of zombie bunnies. Lio is joined in his day-to-day exploits by his exasperated and sleep-deprived father, a pet snake named Frank, a squid named Ishmael, and various imaginary robots and creepy, crawly monsters. Within this humorously macabre framework of sarcasm, parody, and high jinks, sidesplitting laughter abounds - all without so much as a word.
In Shops: May 22, 2013
SRP: $9.99
View All Items In This Series