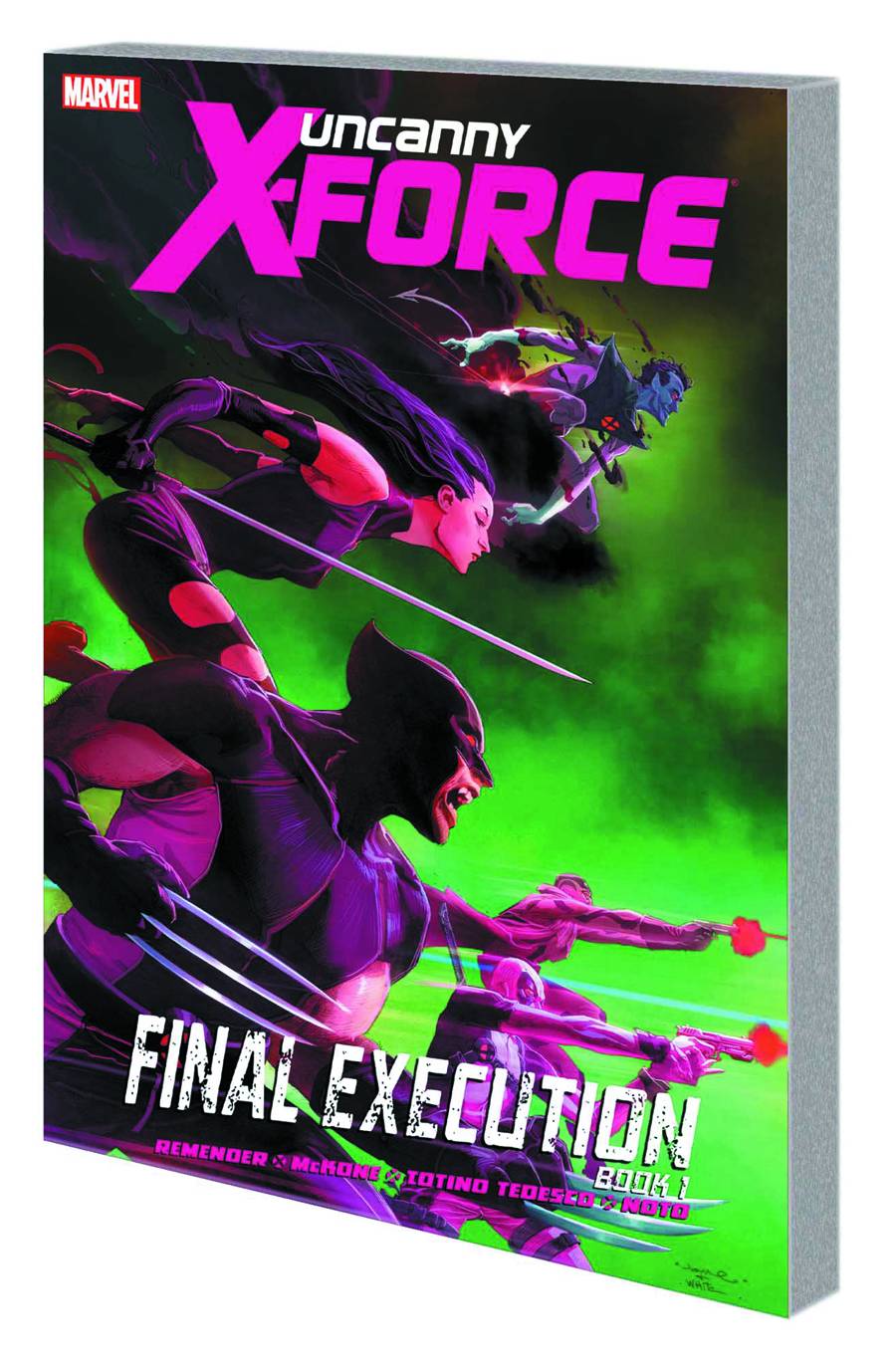 #
JAN130779
(W) Rick Remender (A) Mike McKone, Phil Noto, Julian Totino Tedesco (CA) Jerome Opena
The end of X-Force? The secret mutant hit squad has fallen to its lowest point. Its members have sacrificed much, and two have left the team. It's a terrible time for a new, deadlier-than-ever Brotherhood of Evil Mutants to strike at X-Force's heart. This is a Brotherhood like none before. Each member, each attack, has been designed specifically to hurt X-Force in the worst way possible - by a mastermind who knows all of X-Force's weaknesses. Collecting UNCANNY X-FORCE (2010) #25-29.
In Shops: Apr 10, 2013
SRP: $19.99
View All Items In This Series
ORDER WISH LIST